Xiaomi is undercutting the whole tech industry. And it’s working 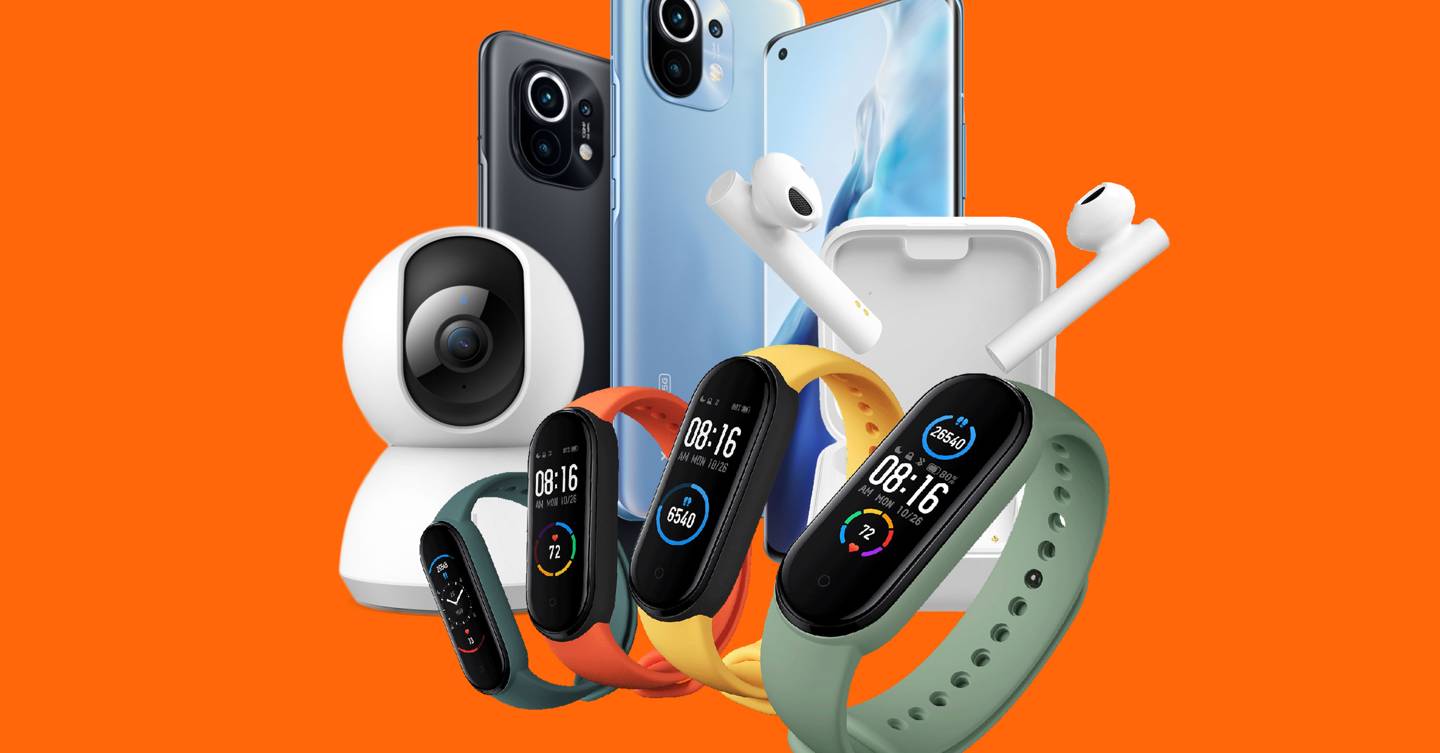 If you happened upon mi.com on Valentine’s Day, you would have been greeted by a pastel-rich page of illustrations, accompanied by a message: “Happy Heart’s Day”. The day of the singular heart? Despite a commendable lack of garish red, this Valentine’s greeting still smacks of Google Translate, a vibe that’s repeated across much of Xiaomi’s portfolio.

You don’t need insider information to realise Xiaomi hasn’t quite perfected its English-language messaging just yet. But, then again, who really cares about perfection when messages like ‘Happy Heart’s Day’ are accompanied by words like ‘50 per cent off’?

With Honor and Huawei contracting outside (and even inside) China since Huawei was placed on the US entity list, Xiaomi’s seized the opportunity, and its growth has been steady. Last year, Xiaomi took the number 19 spot in the most valuable technology brands worldwide list, placing one spot behind Dell. It also placed 81 on the most valuable global brands list, ahead of KFC.

Out-clucking the Colonel is all well and good, but Xiaomi’s shifting some serious product, having had greater year-on-year growth than any other top-five global smartphone maker between Q4 2019 and 2020. Diving into specific territories, it climbed to the number one spot in Spain in May 2020, overtaking the established leader, Samsung, and hit number two in Russia, with 23 per cent of the market in Q3 2020.

Big in India, Xiaomi’s excellent value-to-performance balance found in devices like the Redmi 8A Dual has ensured it’s held over a quarter of the Indian smartphone market since January 2020, having shipped a staggering 13.1m devices there in Q3. As for its standing on home turf, it was the only major smartphone maker to achieve positive year-on-year growth in China in Q3 2020.

In a statement to WIRED, Ou Wen, general manager of Xiaomi Western Europe, is perhaps understandably jubilant. “It’s hard to believe how far Xiaomi has come in a little over 10 years. We are now the third-largest smartphone maker globally and in Europe,” he says. Wen attributes Xiaomi’s success to its core values: “amazing products, honest prices and, of course, our Mi Fans”. But there’s a lot more to the Xiaomi story than traditional growth.

Xiaomi has fingers in hundreds of pies. During the November 2020 Cyber Weekend, roughly 10 per cent of search results for ‘fitness tracker’ in the UK were Xiaomi-related. Xiaomi also accounted for 22 per cent of the wearables market in China in Q3 2020, likely owing to its much-celebrated, bargain-priced Mi Band series.

Xiaomi’s product categories go way beyond wearables and smartphones though. In the UK, mi.com sells everything from kettles to speakers, light bulbs to shavers, toothbrushes to pens, backpacks, fidget cubes and… we could go on. Unlike other tech brands, though, not all its Mi-branded products are smart (the Mi Pens are literally ballpoint pens), and not all products available on the online store are even made by Xiaomi.

As highlighted by CounterPoint’s Neil Shah, “Xiaomi has a different business model, and approach to R&D to players such as Apple, Huawei, OPPO or Samsung. Its objective is to deliver low-cost-leaders to market. Not quite loss-leaders, the model still sacrifices hardware profits to acquire customers, introducing them to (and locking them into) the Mi ecosystem, selling more Mi branded products and services.”

This is why Xiaomi’s more affordable devices serve ads when you install a new app, as found on the sub-branded POCO X3 NFC, one of the best value smartphones of 2020, and the Mi 10T Lite, the most affordable 5G phone in the UK upon launch.

An advert on-screen as you install an app is an awful user experience for the discerning user stepping down from a £1,000 flagship. But for someone who’s living their best low-cost life with a £229 5G phone that gives them exactly what they need, it could be a small price to pay.

Painting a picture of Xiaomi as the ultimate angel investor, Shah goes onto shed light on its broader business “to lock users into Xiaomi’s Mi ecosystem. It has done a tremendous job building a network of startup companies it has itself funded, in order to build Mi products at low margins.”

This means Xiaomi’s business innovation isn’t found in traditional R&D, but through investment in bespoke startups that feed into its own business.

This atypical growth strategy could result in a drought of actual innovation, and in turn, headline-grabbing coverage, but that hasn’t been an issue for Xiaomi.

More brazen than more traditional brands like Sony, whether you’re talking about the iOS-a-like Control Center in Xiaomi’s smartphone interface, or the recently announced concept device featuring a Waterfall Display (a term coined by Huawei for the Mate 30 Pro), Xiaomi isn’t afraid to copy the competition.

Xiaomi is also happy to make vapourware announcements, complete with renders and real-world mockups, even if the finished article may never see the light of day. In January, Xiaomi introduced Mi Air Charge which is apparently a “remote charging technology” that can charge multiple devices simultaneously and will recharge a smartphone wireless from across the room while it’s being used “even when something’s in the way”. Along with scant details, no release date is offered on the product’s microsite, and it’s not known if the tech will ever make it to consumers.

Ben Wood at CCS Insight says: “Although Xiaomi sometimes gets accused of mirroring ideas seen on other devices, there is a strong argument to say there are few new ideas in the smartphone market. Apple is renowned for building on and refining technology and software concepts that others have previously pioneered. It’s the nature of consumer electronics, particularly when you have a near homogenous category like smartphones.”

Having tested Xiaomi’s smartphones for years, we can agree with this point (within reason), and make a few assertions about Xiaomi devices. They have always impressed with their value; user experience niggles have been commonplace in every Xiaomi device we’ve tested; every iteration has, however, improved upon the experience of the last.

Now it’s 2021, Xiaomi is almost at parity with significantly pricier competing devices in terms of user experience. This point is made most notably by its new flagship, the Mi 11, which will retail for €749 upon launch. In it, Xiaomi has released the first Qualcomm Snapdragon 888 device to European markets, cementing its strategic partnership with the US chipset maker.

Vapourware aside, therefore, Xiaomi’s still managing to deliver flourishes of cutting edge tech while charging significantly less than the likes of Apple, Huawei and Samsung.

Xiaomi’s online marketplace may put phones front and centre, but don’t sleep on its other offerings. The Mi Smart Bands are widely regarded as the fitness bands to beat by those in the know, combining simple styling, full feature-sets and Fitbit-bashing prices.

Need a gaming monitor? You could do much worse than Xiaomi’s 34-incher (£529). Excellent picture quality team up with a 144Hz refresh rate and a minimalist design — a novelty for gaming tech. The Xiaomi M365 Pro (£599) is currently WIRED’s favourite e-scooter, thanks to the combination of large battery, impressive range and comfortable ride.

In fact, this minimalism could be the common thread in much of Xiaomi’s non-smartphone portfolio that woos us the most. There’s an almost Muji-like, unbranded quality to some of the best Mi products, which, when matched with reliably competitive prices, is compelling for anyone suffering label-fatigue.

There’s plenty Xiaomi is doing right, clearly. However, the path to world domination isn’t guaranteed for any business, not least of all a Chinese one. US-China tensions play a part in its future, given the fact Xiaomi has been put on a US military blacklist, preventing local US investment in the company. This isn’t the crippling blow dealt to Huawei (the entity list Huawei is on results in tougher sanctions than the military blacklist), but it could still damage confidence in the brand.

If, however, Xiaomi can weather that particular storm, and go on to increase product quality and profitability, while also bringing together its seemingly disparate ecosystem of products, there’s every chance the 10-year-old company could take the top spot in the global shipments chart soon enough.

Oh, and if you still haven’t figured out how to pronounce it yet, say it with us: Shiao-mee.

🦠 The origin of the UK’s Covid-19 variant

🛵 Delivery wars. Amazon took a chunk of Deliveroo. Then things got interesting

👟 Hitting the roads? These are the best running shoes for any budget