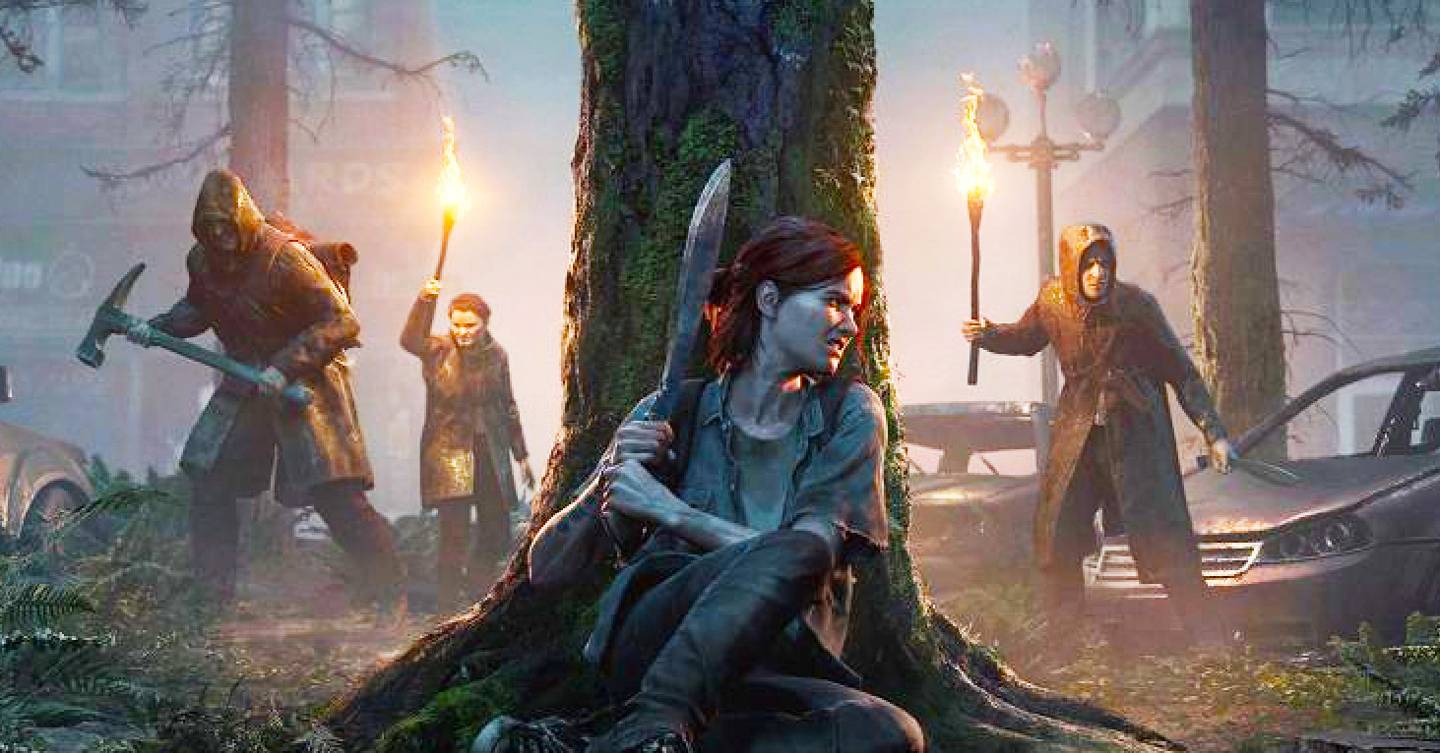 You’ve probably heard many things about the The Last of Us Part 2. You may have heard it’s a masterpiece – a landmark in interactive storytelling. You may have heard about its graphic violence and clumsy moralising. Killing is bad? We had no idea. You might even have heard it betrays fans of the first game, panders to “social justice warriors” and contains “gender propaganda”. People have “opinions” about this game. I do too. It’s bounced around my head more than any video game or film in recent memory because its flaws are thorny, knotty problems that draw attention to themselves in unintentional ways.

The Last of Us Part 2 is set in a post-apocalyptic world ravaged by a variety of diseased zombie-adjacent humans. In the first game, released way back in 2013 (there are spoilers for both games from this point in), a damaged man still grieving his long dead daughter is tasked with escorting a young girl safely across the country. Why? She’s immune to the disease and he’s delivering her to doctors working to find a cure to save humanity.

What it lacked in narrative originality, The Last of Us made up with deft execution, groundbreaking performance capture and a shocking ending to match its truly iconic opening. When Joel, our brooding father figure, discovers (reminder: spoilers) his surrogate daughter Ellie will be killed by the planned medical procedure, he decides he can’t live without her, kills everyone and then lies about it, dooming humanity to everlasting despair.

This was a traumatic but effective twist. Players had no agency in the event but were forced to carry it out nonetheless, gunning down the surgeon (I believe a shotgun was my tool of choice) and numerous faceless guards to affect Joel and Ellie’s escape. You weren’t supposed to agree with Joel’s choice, but having spent hours in his shoes and growing closer to Ellie, you could at least understand it. And while you may have grown to like Joel, he was unambiguously the villain of the game – a neat subversion in a medium, at least among the so-called “AAA” blockbuster titles, generally wedded to convention.

Fast forward to Part 2 and it seems Naughty Dog is desperate to pull off the same trick, but this time numerous times and in increasingly infuriating ways. Its controversial decision to kill one of its leading characters (with a golf club, no less) an hour or two into the game is entirely justifiable. Indeed, it’s the inciting incident of the entire narrative as our leading character embarks on a bloody path of revenge as a result. But many of the choices thereafter, and their execution, are less successful.

Around 10 hours later we seem to arrive at the game’s natural climax. After industrial levels of murder, our protagonist and antagonist are in the same room, guns drawn. We’ve lost friends and inflicted numerous brutalities at this stage – see our earlier piece for more on this – when Naughty Dog switches to one of its favourite devices, a flashback.

There are numerous flashbacks in Part 2 and they’re home to some of the game’s most evocative scenes. One where you get to explore an abandoned museum delivers the kind of satisfying emotional payoff ardent fans were no doubt hoping for throughout, but this one is different because you soon realise it isn’t actually a flashback anymore. You’re now playing as the “villain”.

The next ten hours – Part 2 is needlessly long for such a linear game – are spent learning why our villain is nothing of the sort. And, in fairness to Naughty Dog, it works. It’s heavy handed and long-winded at times, but it rams home that the ‘villain’ was totally justified in their choices – more so than our ‘hero’ ever was – and our affections are, if not entirely transferred, very much ambiguous. It’s here where the game’s delicate facade begins to unwind.

Naughty Dog’s games are unapologetically cinematic. The hugely successful Uncharted series is being made into a movie starring Tom Holland and Mark Wahlberg. There’s even a The Last of Us HBO show in the works – more on that in a moment. But games aren’t cinema or TV and while Naughty Dog treads the line successfully most of the time, its desire to subvert gets it into trouble.

We’re now back in the room, our two protagonists intent on inflicting a final blow. But because this is a game and not a movie, we’re pressed into a clumsy game of hide and seek (sprinkled with homicidal rage) where any mistake leads to death and the game reloading. Each death totally destroys any immersion, and as a player I didn’t see the point in me being there. The game doesn’t need me here, it just wants me to dance like a monkey. So I danced. If Naughty’s Dog aim was to make me feel uncomfortable and confused, it succeeded, but probably not in the way it hoped.

Our protagonists eventually go their separate ways and we’re treated to what now feels like the real ending. But it’s not. Some time has passed, but eventually the self-destructive (and at this point inexplicable) urge for revenge prevails and we have a few more hours of paint-by-numbers murder until we reach the final climax where we go through the same rigmarole again, only this time the roles are reversed.

It’s meant to be dramatic, emotional and raw, but it falls flat. Again, the need to gamify this cinematic moment undercuts everything. The game doesn’t need me to be there. I’m just a bored observer who follows instructions. The conceit worked for the original because it was a surprise. “You want me to do what?” But Part 2 isn’t surprising, it’s just relentless.

It’s here that The Last of Us HBO show begins to make total sense. Part 2 is at its best when it weaves its themes and character development into the gameplay. And, despite its flaws, it’s frequently brilliant at it and deserving of its plaudits. Eventually, though, it has to become the wannabee HBO miniseries. But a really good HBO series doesn’t leave its main character for a 10-hour diversion and then expect their viewers to reconnect with their confusing, contradictory motivations. That’s something only a game would do.

And herein lies the rub. Naughty Dog wants it both ways and it makes the best “cinematic games” around. That’s undisputed. So if even Naughty Dog can’t make its sprawling narrative land, perhaps it’s time for designers to rethink their cinematic ambitions?

Games can tell great stories and frequently do so, but the best examples don’t ape the cinematic structures of Hollywood. Papers, Please let’s players create their own stories through dozens of excruciating moral choices. The interactive storybook What Remains of Edith Finch puts the player inside its surreal vignettes, creating the most absorbing twist on Story Time you could imagine. Life is Strange bends time to give the player real agency while telling an emotionally engaging, but largely linear, story.

The tension between cinema and gameplay isn’t new. Ever since Sony introduced the compact disc to consoles, developers have stretched their cinematic muscles with full motion video and in-engine cutscenes. But where the original game conquered the uncanny valley to deliver believable, impactful performances, its sequel creates a kind of narrative uncanniness. It’s jarring, irksome and – after 25 hours – leaves some players feeling a little cheated. But I still can’t stop thinking about it, which is why you should play it too.