Want more from your iPhone? Check out these expert tips and tricks 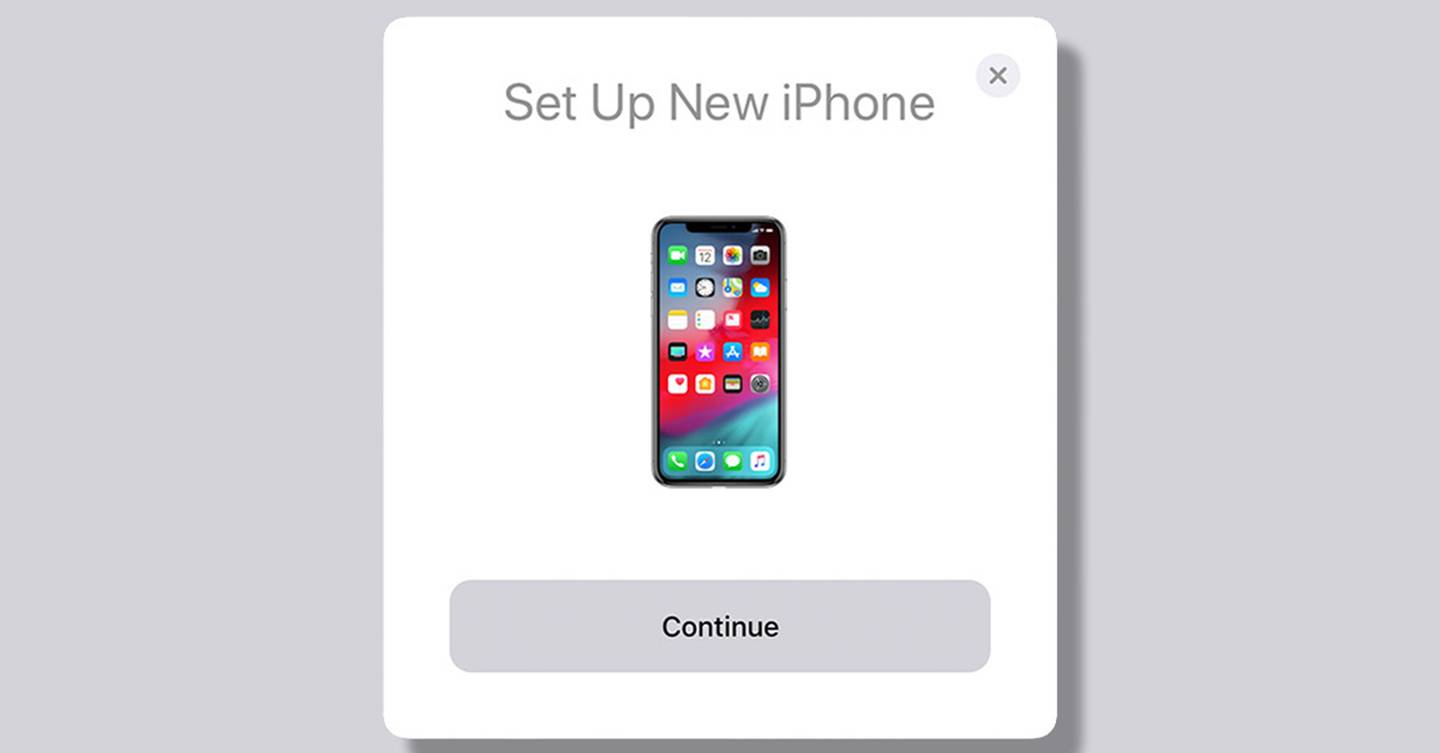 We can’t blame you if you’ve been seduced by Apple’s new iPhone SE. It’s a budget device, running on Apple’s latest A13 bionic chip, packed into the body of an iPhone 8, after all. Whether you have upgraded your old iPhone SE, or only recently been inducted into the Apple cabal, there are some things you should be doing to get the most out of your shiny new iOS smartphone.

And even if you’re not an Android deserter, but instead unwilling to give up the ghost on your cherished iPhone 7 or 8, then you’ll find some tips and tricks here that could help your grandfather device work faster or even more like an iPhone 11.

From battery tips to app replacements, we’ve rounded up our top tricks to getting the most out of your iPhone below.

The control centre, easily accessible using a swipe up from the bottom of the screen on your iPhone SE second-generation or iPhone 8 and earlier, or a swipe down from the top right of the screen, gives you easy access to things like brightness settings, the flashlight, the timer, audio playback and Wi-Fi settings. But you can also customise it so that it houses essential shortcuts to your most-used apps.

You can add in things like access to the camera, a screen recorder, access to notes and voice memos (as well as delete controls you don’t use as much). To edit your control centre: navigate to the Settings app, tap Control Centre and tap Customise Controls. Now just tap the plus button next to any control you would like to add to the control centre. You can also remove controls by tapping on the minus symbol.

Here you can also rearrange the controls so that they appear in the order in which you would like them to whenever you open up the control centre.

Portrait mode without a portrait-mode phone

Apple has implemented its Portrait mode into its latest iPhone SE, but if you’re still on an iPhone 6S or iPhone 7 and want to recreate that cool bokeh-blur effect, then there are a few apps on the App Store which can recreate the effect for you. Granted, it’s not as elegant as the in-built Portrait Mode, but it does the trick.

Our favourite bokeh effect app is Focos, which analyses the photo to calculate the depth of field and then blurs the background of the photo automatically. It’s really simple, and also lets you adjust the blur intensity. No need to upgrade your ancient device.

Get into the habit of looking after your iPhone battery

The second-generation iPhone SE doesn’t have the largest battery in the world, which is a result of this iPhone’s small size. However, that small battery means it’s all the more important to get into the habit of caring for your battery properly.

Lithium-ion batteries hate being drained all the way and recharged again. Instead of letting it die or get critically low before dashing for the charger, try and charge it in short spurts. The sweet spot is generally between 50 per cent and 80 per cent. Try not to let it dip below 20 per cent. Letting it die before charging it will shorten the battery’s life in the long run.

If you’re still holding onto your old iPhone, and didn’t take advantage of Apple’s heavily discounted battery replacement programme back in 2018 – what were you thinking? But in all seriousness, Apple will replace your iPhone battery for a (still) fairly reasonable price. If you have an iPhone 8 Plus or below, you can get your battery replaced for £49. Anything above iPhone 8 Plus costs £69.

If you don’t want to shell out the money, and are understandably holding out for a more substantial upgrade in the future with the iPhone 12, then make sure to optimise battery charging so your battery doesn’t degrade further.

In iOS 13, Apple introduced a new feature that helps optimise your battery when it’s charging and increase the lifespan of the device. Turn this on by navigating to Settings, Battery, tapping on Battery Health and toggling Optimise Battery Charging to on. With this turned on, Apple will learn your charging habits so that your iPhone doesn’t degrade as fast.

For example, if you usually charge your iPhone just before you go to bed and unplug it at 7am, Apple will remember this and charge it to just 80 per cent until just before 7am, when it will charge the rest of the 20 per cent.

Optimise Battery Charging is a great feature not just for older iPhones, but for the newer models as well.

Sure, being able to take impressive photos with the ultrawide lens and the telephoto lens on the iPhone 11 Pro is a boon, but you don’t have to miss out on the fun if you’ve got an older iPhone. In fact, people have been taking ultrawide photos with their iPhones since long before Apple introduced its three-camera system.

There are a number of iPhone lens attachments out there for you to choose from. Olloclip sells a range of clip-on lenses, including a fisheye lens, a super wide lens with a 120-degree field of view and a macro lens for telescopic photography.

Moment is another brand that sells a small range of lenses that don’t require clipping onto your iPhone. Instead, the lenses fit snugly onto Moment’s range of phone cases. As well as the company’s 0.63x wide lens, there’s a fisheye lens, a telephoto lens and even an anamorphic lens.

Clip-on lenses and lens attachments are a convenient way to turn your ancient iPhone into a three-camera system, without spending another £1,000.

If you’ve switched from Android to iPhone recently and found the act of moving apps around your home screen an absolute nightmare, then you’ll be glad to know that there’s a trick to making that process a lot less painful.

Instead of trying to move an app to somewhere you like, only for it to click into place on a completely different page or make an unwanted folder, try this.

In iOS 13, Apple introduced a nifty feature that can help you block annoying spam callers from ever getting through. Now your iPhone can intelligently determine whether you know the caller or not. If the number of the person ringing you is found in your contacts, mail or messages, the call will be let through to you.

With the ‘block spam callers’ function, it’s almost as if you have your own personal assistant without (mercifully) having to say “Hey, Siri…”. To enable this, go to Settings, tap on Phone, then toggle on the button labelled Silence Unknown Callers.

Change the text responses for calls

Every iPhone user knows that the call interface is a bit of an annoyance. Whenever you get a call, the interface fills the entire screen and you can’t dismiss it without ending or accepting the call. Unfortunately, there’s no trick to helping improve the UI yourself, so we’ll have to carry on waiting patiently for Apple to do something about it.

In the meantime, there’s a way to change the default text responses that flash up when someone does call you and you press remind me later.

To change the default text responses, navigate to Settings, tap on Phone and tap Respond with Text. Tap on the text message response you want to change. For instance, if you rarely use the I’m in a Meeting response, you can change it to something else a little less curt.

Search for a word or phrase in Safari

Miss the use of Command + F or Ctrl + F on your Mac or Windows computer? Well, you can actually search for words and phrases on your iPhone. To find a word, tap on the address bar in the Safari app on your iPhone and type in the word you want to look for.

Scroll down the results and you will find ‘On this page’. Tap on that, and Safari will take you back to the webpage you were browsing. The word you searched for will be highlighted.

Stop playing audio after a period of time

This little trick is a lifesaver if you, like us, find that you often watch a bit of Netflix just before you go to sleep, and doze off halfway through an episode. Instead of waking up in the morning to find your battery dead and that you’re now 17 episodes ahead of where you wanted to be, there’s a little function in the iOS Clock app that acts as a playback stopper.

To activate it, navigate to the Clock app and tap on Timer at the bottom. Set the hours and minutes for how long you want Netflix to play on in the background before playback stops, then tap on ‘When Timer Ends’.

Scroll down to the bottom of the page and tap on ‘Stop Playing’, now tap Set. After setting the timer, go to Netflix and start watching the episode of Tiger King you’d been meaning to watch. When the Timer finishes, playback of Netflix will stop. No dead battery, no waking up to find that you’re three seasons ahead.

Set up Do Not Disturb mode

Do Not Disturb is one of iOS’s best features, and if you’re not using it, what are you waiting for? It stops incoming notifications, calls and texts from disturbing you, and is great if you don’t want to get interrupted when you’re sleeping or in an important meeting.

Alex Lee is a writer for WIRED. He tweets from @1AlexL