Volvo XC40 Recharge first drive: an impressive EV, but who’s it for? 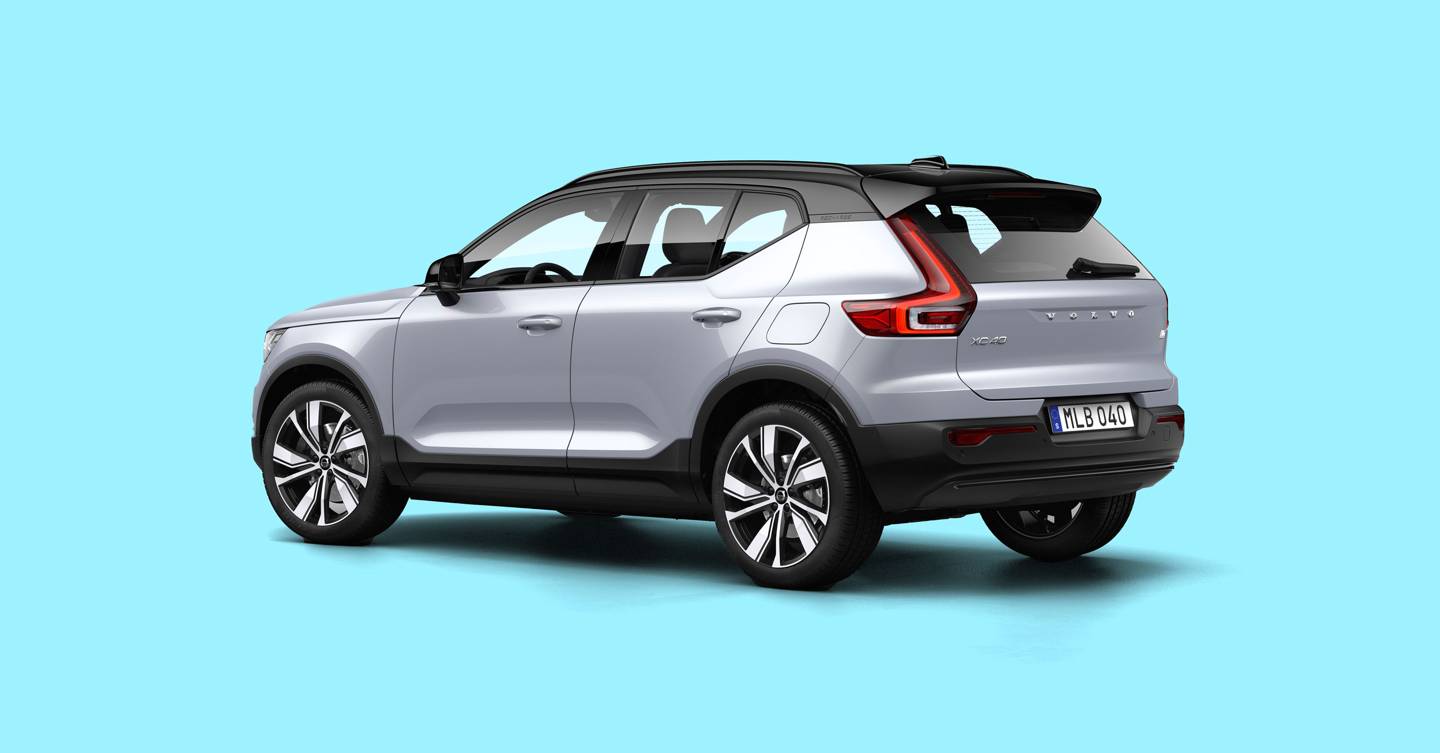 Volvo has great hopes for the XC40 Recharge, a new full-EV version of its mini SUV. Why? Considering the success of the fossil fuel versions of the XC40, if ever there was a car in its lineup to convert existing customers to electric drive, as well as bring in new ones, this is it.

There are still nerves, though. Coming later than some to the party, the XC40 Recharge is Volvo’s first fully electric car – and the company doesn’t have the pedigree of, say, the VW group or BMW when it comes to research in electric powertrains, or the bluster and bravado of Tesla. Crucially, though, it does have sister company Polestar.

Over the next five years, Volvo has committed to launching a fully electric car every year (a drop in the ocean compared to VW’s plans), and wants to make full EVs account for half of its total sales by 2025, with the rest hybrids.

First impressions of the XC40 Recharge bode well. The electric all-wheel drive powertrain, with a 300kW max output motor both front and rear, has a range of over 400km (WLTP) on a single charge, along with 408hp. And should you be able to secure a fast-charger system, you can refill the 78kWh battery to 80 per cent in 40 minutes – otherwise it’s eight hours on 11kW AC. From standstill to 60mph takes just 4.7 seconds.

If these figures sound familiar, it’s because they should be. They are the same as the Polestar 2. The XC40 Recharge and the Polestar 2 are built on exactly the same architecture. Same battery, same motors – so same specs.

Volvo has tweaked the handling a little, with a different suspension setup, though it is still firm and thanks to that battery floor and motor at either end providing even weight distribution. Couple this with the same acceleration as the Polestar 2 and the XC40 Recharge is fun to drive.

Volvo has also gone for more safety and simplicity than the Polestar, limiting the speed to 112mph while its sibling will go on to 127mph. There are fewer options to tweak in the Volvo, too, with the ethos being why bother the driver with too many variables when all anyone really wants is a little choice. There is some logic in this, you do feel you can just jump in the XC40 Recharge and go – and not worry if you have set it up right. This is not the case for the Polestar.

This simplicity extends to the Google-made media centre. You get the same as the Polestar, with Google Maps, Android apps, phone syncing and Google Assistant all built in, but not the fancy tablet in the Polestar. Here you get the same touchscreen as in the ICE XC40, but that’s no bad thing as it’s easy to use and responsive. You also get fewer options, with no quad-tile layout but something approaching the existing XC40 design.

Like with the Polestar, there are a few niggles with this Google system. It’s not perfect but it’s so much better than efforts from car manufacturers that it’s hard to criticise. Mostly you’ll just thank Volvo for, unlike almost all other car makers, not pretending it knows how to outdo Android or iOS.

Google’s system is scarily good at predicting range, too. We started our 76-minute drive with 95 per cent charge. At the start the car said we’d end with 69 per cent remaining. Despite driving in a variety of ways we finished spot on 69 per cent battery left. This level of accuracy certainly gives confidence and removes a large amount of range anxiety. Also, as the max range for the car is 260 miles and our drive was 48 miles, this means we weren’t too far off maximum distance. We used about 12 per cent more, but considering the acceleration testing this seems fair.

On first impressions, there is very little wrong with the XC40 Recharge – apart from its reason for being in the first place. When you factor in that this first edition version (admittedly with the bells and whistles as far as options go) costs £59,985, that’s £10,000 more than the starting price for the Polestar 2, when underneath the body shells they are essentially the same car, you start to wonder who this particular XC40 is aimed at.

Ask Volvo and it says the Recharge is more comfortable while the Polestar more dynamic. But really these two EVs are so alike that it’s a question of what shape of car you want to drive. Like something sporty, go for the Polestar. Prefer being cocooned in an SUV? Then opt for the Volvo. As for the price difference, a cheaper XC40 Recharge with one motor is coming, but not for a while.

But, money aside, what if the choice is purely aesthetic? Considering just how good the Polestar 2 is, we have no complaints at all if the XC40 Recharge wants to copy its dynamic older brother.

😷 Life is now one big risk assessment. Here are five life rules for staying safe during a pandemic