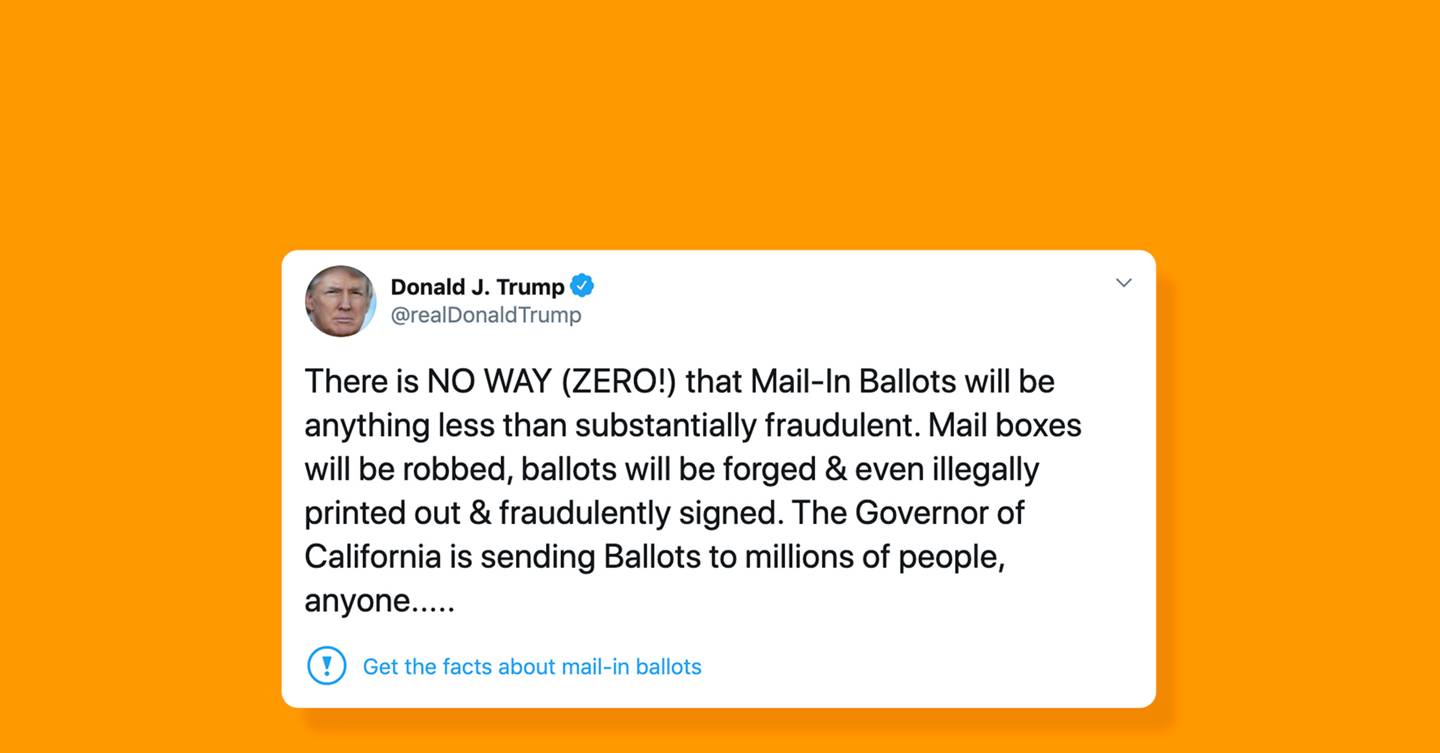 Donald Trump should be careful what he wishes for. He wants to do away with Section 230 of the Communications Decency Act, a piece of legislation that shields internet companies from liability for user-generated content on their platforms. But while the move is chiefly intended to antagonise Twitter, with which the US president is engulfed in an ongoing flame war, the consequences of tampering with Section 230 would be way more far-reaching.

“Section 230 says that websites aren’t liable for third-party content. And that basic legal principle has provided the legal infrastructure for the modern internet,” says Eric Goldman, a professor of law at Santa Clara University. “When you think about where you go on the internet and what you do, chances are you’re engaging with Section 230-protected services. That’s one of the reasons why the internet economy has grown so much more in the United States than in other countries: because of the legal infrastructure that we provide Internet services and other countries don’t.”

If that protection were yanked, internet platforms would face the prospect of being sued every time one of their users posts something libellous or illegal. “Imagine that Twitter tried to run itself like a normal, fact-checking news organisation,” Goldman says. “You could tweet and maybe in a few days, [your tweet] would appear.”

The row that is threatening Section 230 erupted on May 26, when Trump posted a tweet alleging that mail-in ballots are “fraudulent”; Twitter appended a disclaimer redirecting to a fact-check of Trump’s incorrect assertion, an unprecedented move that nevertheless aligned with the platform’s terms of service on election integrity. Trump’s reaction was signing an executive order in which he claimed that social media platforms are disproportionately flagging or removing conservative content, and requested a reassessment of whether social media platforms that engage in content moderation should enjoy the legal protections section 230 affords them, or rather be treated as publishers.

Experts think it is unlikely that Trump’s executive order will cause damage to Section 230. “The underlying issues [the Executive Order] raises are really important, of course: We need an informed public debate about the power of platforms over public discourse,” Stanford Law School lecturer Daphne Keller wrote in an email responding to a draft of the executive order, substantially identical to the final version, which was leaked on Thursday. “But that’s not what the [Executive Order] is. It isn’t reasoned discussion, and for the most part it isn’t even lawmaking.”

Goldman agrees. “It’s not a serious document. It’s more about performing for Trump’s base than it is about actually changing the law,” he says. “Congress alone has the power to change its laws”, and right now that does not appear to be on the cards.

According to Goldman, the real problem about Trump’s feud with Twitter – which worsened on Friday after the social network obscured tweets from Trump and the White House riffing on looting and shooting with respect to the Twin Cities riots; a “REVOKE 230!” Trump tweet followed shortly thereafter – is that the president’s voice has joined a chorus of powerful critics pushing for a review or repeal of Section 230.

These include Republicans convinced as Trump is that tech giants are liberally biased censors, but also senior Democrats persuaded – on the contrary – that the rule has allowed Silicon Valley companies to shrug off the propagation of Russian disinformation, hate speech, and junk content. In an interview with The New York Times last year, presumptive Democratic presidential candidate Joe Biden said in unequivocal terms: “Section 230 should be revoked, immediately should be revoked, number one.”

But the consequences of a substantial change to the rule, Goldman says, are hard to parse. “If Section 230 were configured differently, what we’d likely see is different responses by different segments of the market. The current internet giants might decide to play ball under the new rules,” he says. “It might change the way they deliver services, but they have the resources to potentially figure out a compliance strategy.”

Less powerful internet companies might either decide to stave off any accusation of bias by doing away with content-moderation entirely, pivoting to a 4chan-esque model, or forbid all user-generated content on their platforms in favour of a curated, professional model. Goldman calls this process the “Netflixisation” of the internet. “We would have more services like Netflix: huge databases, but they’re not user generated content. You would have a lake or a puddle of forums like 4chan. And you would have Google and Facebook,” he says.

The repercussions of such a shift might well be felt outside of the US, too. While internet companies often tailored their services to abide by local regulations in various countries, it is not clear whether they might pull the reverse move and keep providing the service as is in Europe, while redesigning their services for the American market. “It’s hard to know, if the US market changes, whether those services could continue to provide their localised services,” Goldman says. “We could see the rest of the world suffering from the new ‘holes’ created in the US internet.”

Quite why Twitter CEO Jack Dorsey decided to pick this particular fight right now is a matter for speculation. But the controversy is part of a wider debate about the state of the internet – in the US and worldwide. For the last four years, politicians, academics, and journalists have been scolding social networks for not doing enough against the disinformation, falsehood, and violent content spreading on their platforms. Now Donald Trump is accusing social networks of doing too much to remove disinformation, falsehood, and violent content.

“The bigger conflict here is between the ideas of free speech and online harm,” says Carl Miller, a researcher at the UK think tank Demos. “You have Trump’s home base that will continue to underline the importance of free speech. And generally those on the left – and the tech giants – will emphasise the threat of online harm.” Whoever wins, Section 230 might be fair game.

Gian Volpicelli is WIRED’s politics editor. He tweets from @Gmvolpi