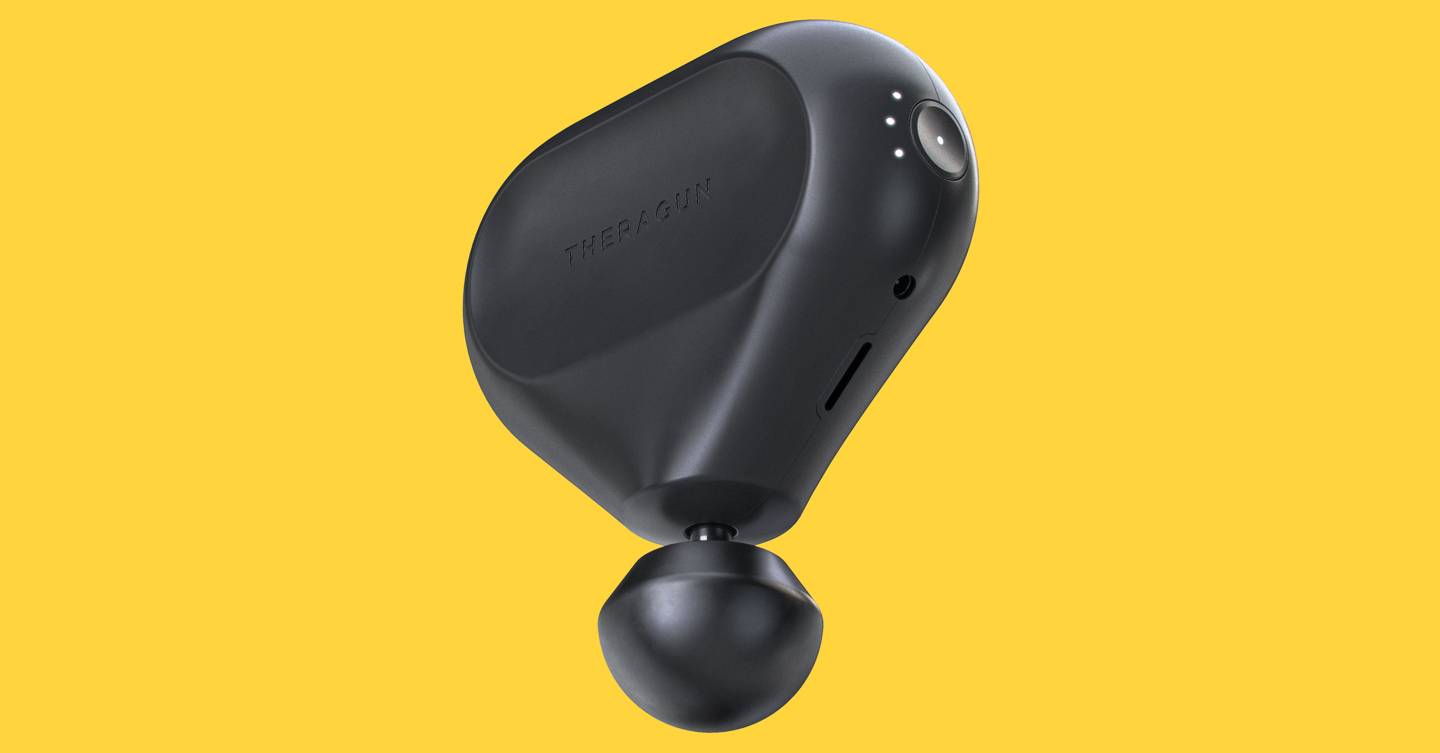 The market for percussive therapy devices has expanded rapidly, with brands such as Hypervolt, TimTam and Recovapro duking it out for attention with athletes and fitness enthusiasts alike – but the major player is without doubt Theragun, or Therabody as it has now sensibly rebranded itself.

After the success of its many iterative versions of massage gun, including the Theragun Elite, Theragun Pro and Theragun Prime, which require more than a cursory glance to tell the difference between when it comes to performance, the brand has come up with an offering that is trying to serve a genuinely different audience.

Now there’s the £175 Therabody Mini – or Theragun Mini, as that’s the branding still on the handle. Let’s just call it the Mini from here on. Considerably smaller than its bigger brothers, it is a stripped down version with fewer functions and limited power so that it can all be squeezed into a more diminutive package.

Therabody describes the Mini as “ultra-portable” for “on-the-go treatment”. At 15.2cm x 13.5cm x 7.7cm and weighing 650g I wouldn’t say that this is in portability stakes worthy of “ultra” status, but, yes, it is considerably easier to cart around than the other guns. As for speed, you get a choice of just three settings: 1,750, 2,100 and 2,400 percussions per minute – in comparison, the £549 Pro has five presets but can be adjusted manually to any speed across the 1,750 to 2,400 percussions-per-minute range.

The accompanying Therabody app is not necessary to use the Mini, but it is extremely helpful with easy-to-follow videos and tips to outline how to get the best from the gear whether this be for specific ailments, body parts or situations such as relaxing muscles before bed. You can even favourite your pick of massages to get back to them quickly.

The rechargeable battery is good for 2.5 hours, which is more than ample for anyone with the sort of minor aches and pains this type of device is fit for addressing. If you have an injury or sore point that requires longer than 150 mins of physical manipulation then put the gun down and go see a professional.

We found the size and shape of the Mini a little tricky when trying to use the device on the back of your shoulders, for example. The loss of the triangular handle, so you can grasp the Theragun from a number of different positions, meant manipulation of the Mini was not as simple, despite being much lighter. Also, perhaps as a result of being smaller, the vibration from the Mini after a while hurt our hands on occasion.

And Therabody makes a big deal out of how little noise the Mini supposedly makes thanks to “QuietForce” tech. “So quiet, you can hardly hear it… experience discrete, near-silent operation…” the website says. Near silent? Not on your life. We’d go as far as to say this thing makes its presence known. You can certainly hear it in operation, and it is louder than the £275 Prime.

For an expert appraisal, we asked massage therapist Richard Pearson from Richard Pearson Sports Remedial Massage for his view of the Mini as he tried it out over a few days. “I’d probably use one of these pre and post a sports event such as a football match, a ten or five kilometre run,” says Pearson. He says these devices are best used to wake up muscle as opposed to treating knots (“trigger points”) and pain points.

“With trigger points it could hurt in point A, but it’s coming from point B, which is six inches away. So you could have pain in the side of your neck and up into the head, but the trigger point is actually in the shoulder. So if you’re using one of these devices, you might think ‘I’ll hammer away on point A’. But it’s complete waste of time,” he says.

Also, these devices seem to distinguish themselves through the number of percussions per minute – but speed is not a vital issue in massage. “Sometimes faster isn’t better. The massage I do is quite slow and deep and methodical. If there is pain I’m not going to hit it as hard and a fast as I can. You will never get rid of a trigger point by smashing it for five minutes with a handheld device,” Pearson says.

So while the Mini or other massage guns are no substitute for professional treatment, as people will be inclined to treat symptoms rather than causes of discomfort, they are ideal for waking up muscle both before and after exercise (as long as that exercise is not too strenuous).

Whether the Mini is the right massage gun for you will be down to what is important. If you will be taking this travelling with you or out of the house regularly to the gym, then the Mini will likely be a wise choice thanks to that small form factor. If your massage gun is predominantly going to based at home, then likely the larger, quiet options with better handles will probably be worth closer inspection. Just don’t view any of these massage guns as miracle cures for muscle pain.