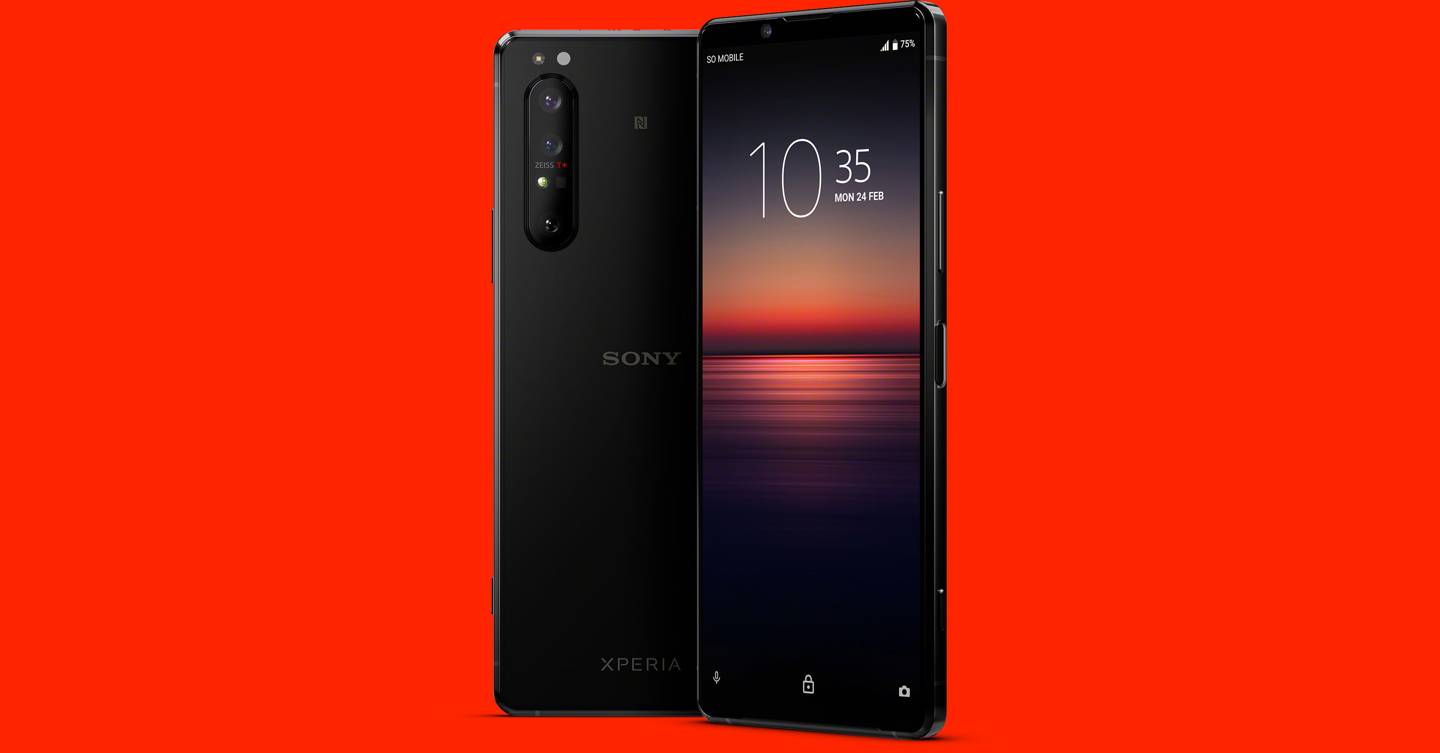 Someone stuck an Alpha camera on the back of a tiny Bravia TV. For the new Sony Xperia 1 II, that is. Sony has tended to put out-and-out quality ahead of just about any practicalities with its smartphones, and this £1,099 flagship Android phone isn’t about to throw out the formula now, despite the dismal sales figures.

Sony has stubbornly ignored a number of big phone trends over the past half decade, but this time there’s a sense that it has finally found a compromise between pursuing pure performance and building a phone you could actually live with.

If you’ve ever changed the display settings on your TV, you’ll probably get a real kick out of this phone. If you haven’t, we’d advise you look elsewhere. This is a device for the type of person who doesn’t mind a good, thorough rummage through a drawer of cables.

The Xperia 1 II – ‘Mark Two’ – is tall, slim and blockier than most of its rivals, as Xperias have been for years, so no major change here. There’s no getting round it, it’s just not as ergonomic as a Samsung Galaxy or OnePlus. At 181g, it’s not too heavy, though, and the camera bump looks as smart as it can, placed in the left-hand rear corner, unlike the washing machine chic found elsewhere.

When it’s laying flat on the desk, it’s easier to admire. The metal frame and glass back is well made – we tested the Xperia 1 II in black, you can also get it in a dusky purple colourway – and you get IP65/68 water resistance. The fingerprint sensor, now doubling up as the power key on the right-hand edge, is fast and there’s even a physical shutter button, which is well placed when holding the phone in landscape mode.

We spent most of our testing time with the new camera features, but it’s worth noting that the performance of the 4,000mAh battery is a big improvement on last year’s Xperia and the adaptive battery should improve its lifespan. So battery life is no longer a concern; in fact it’s good.

With a triple camera array, plus a time-of-flight sensor for focus, and three different camera apps to shoot with, there is a lot to get stuck into. The 12MP main camera has a larger sensor this time and the 12MP telephoto lens is the equivalent of 70mm, to the iPhone 11 Pro’s 53mm, with a 12MP ultra wide, which offers the choice to prioritise image quality or distortion correction, to round your phone camera kit off.

The Photography Pro app, which mimics the interface of an Alpha mirrorless camera switching between lenses, gives you a good excuse to spend much more time tinkering with manual controls, and Cinema Pro meanwhile is a lot of fun for making stylised short films and skits in lockdown.

How about the results? With Android rivals offering 48MP+ and pixel binning, the slight chink is that you may find some noise creeping in here. But Sony’s preference for speed pays off with brilliantly reliable AF and auto exposure producing sometimes stunning results and superb stabilisation for 4K video. Tweaks this year include Animal Eye AF and Intelligent Wind Filter audio separation in video. So auto modes and AI tricks elsewhere can provide a more satisfying point-and-shoot at times but the Xperia 1 II’s camera setup is up there with the most versatile. Chances are, it’ll make you a better amateur photographer, too.

That screen. Well, and the pro camera tools. Take those away and it becomes really quite difficult to recommend the Xperia 1 II to anyone with the likes of OnePlus and Xiaomi barrelling around, offering performance and specs for half the price.

The tall 6.5-inch OLED HDR screen won’t be for everyone – it eschews trendy 90Hz for 4K – but if you pay some attention to the quality and ratio of you’re streaming, it really is impressive. Not just pin-sharp but realistic colours, inky blacks, nothing too artificial whether you’re looking over photos you’ve taken or watching Hotel Transylvania 3 in 21:9. There’s no notch or punch hole either as the front-facing 8MP camera is hidden in a bezel so it’s all-screen, another case of Sony ignoring what everyone else is doing.

The price is probably what makes us wince the most. We understand Sony wants to recoup on its R&D in display and sensor tech but with around one per cent market share in smartphones a £1,099 device is unlikely to shift that dial. Given the size and shape of this thing, which could still be an immediate dealbreaker for some, we’d also like to see a ‘Compact’ version of the flagship.

Honestly there’s a lot not here on the Xperia 1 II that we now consider standard on a flagship phone in 2020. No 90Hz display as we mentioned – though there is a motion blur reduction setting. No dual SIM. And 5G is available in the UK and internationally, but not in the US. No Face Unlock. No dedicated Night Mode in the camera app.

But to hell with all that. You get a headphone jack up top! And up to 1TB of extra storage via microSD. And 15W wireless charging; not as fast as Huawei and others but a welcome addition. In case you were wondering, it’s running Android 10 and powered by a Qualcomm Snapdragon 865 processor with just the 8GB of RAM.

So, should I buy it?

Smartphone innovation in recent years is such that very few people really need a £1,000+ phone, nevermind a £1,000+ phone as intentionally niche as this. And, as we noted, most people will be better served with something slightly more practical and more affordable than this. If you turn your nose up at the just-works philosophy of the iPhone, though, and you’re looking to try out all the tools a well-made, well-specced Android has to offer, put the Sony Xperia 1 II on your shortlist.