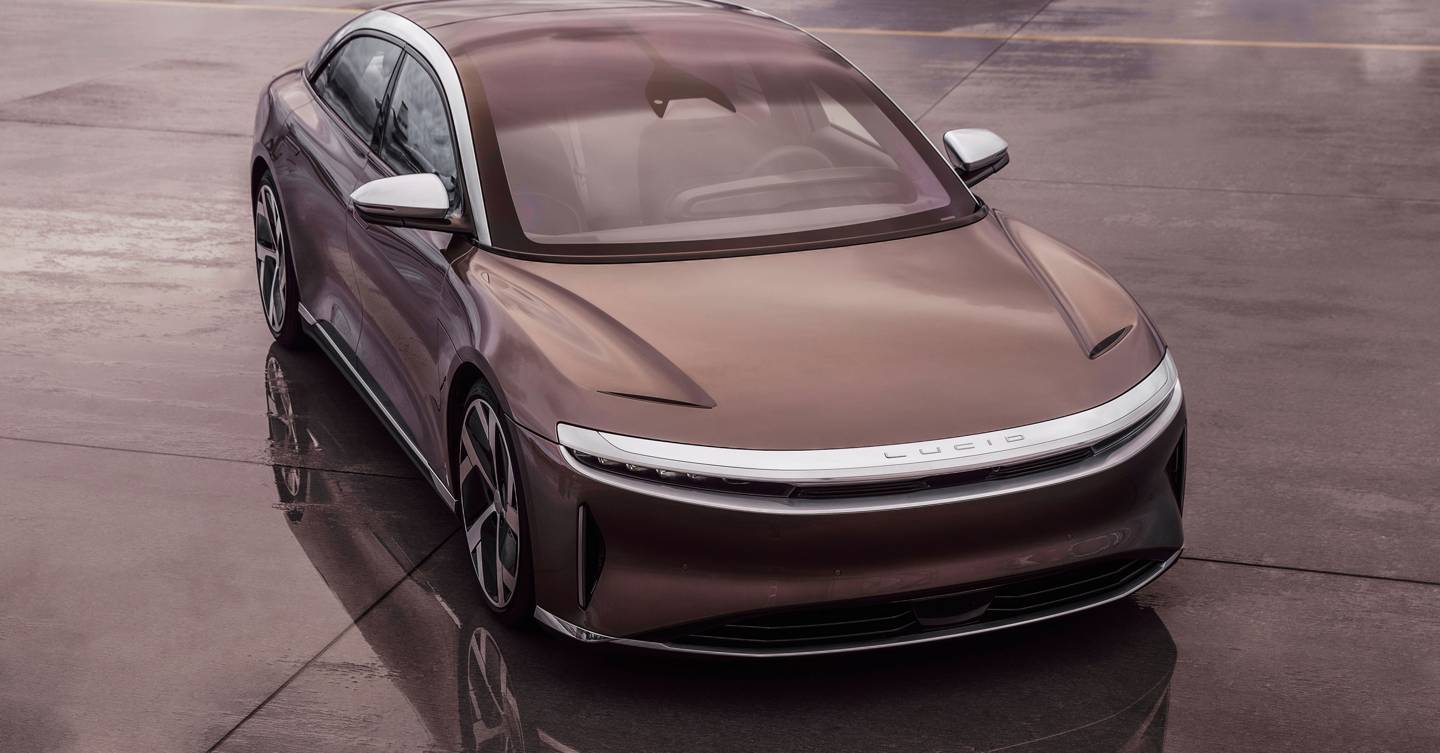 Another Tesla rival has appeared. And Lucid Motor’s first EV, the Air, has some undoubtedly impressive specs. Perhaps the most notable is that it claims to be the fastest charging electric vehicle ever. What does this mean? Lucid is stating rates of up to 20 miles per minute, that’s 300 miles of range in just 20 minutes of charging – if you can locate a suitable fast charger, of course.

Starting at less than $80,000 for the “basic” model, the Air goes right up to $169,000 for the Dream Edition, with a 0 to 60mph of 2.5 seconds and a top speed of 168mph. The cars, which will not be delivered to owners until next year with the entry-level Air coming in 2022, will have significant range. The Air Dream Edition will be good for up to 503 miles on a single charge while the Grand Touring is good for up to 517 miles. That’s more than enough to get you from London to Frankfurt, Germany in a single stint.

On that acceleration, Lucid says that the car can achieve quarter-mile times as quick as 9.9 seconds “on a consistent, repeatable basis”. Let’s put this into perspective, that’s faster than any Tesla, matches the McLaren 720S and beats Porsche’s Taycan Turbo S.

The luxury sedan doesn’t boast full autonomous capability, but its ‘DreamDrive’ driver-assistance system is the first to combine 32 sensors, covering vision, radar and ultrasonic and LIDAR in an EV, all working alongside a driver monitoring system and geo-fenced HD mapping for Level 2 and Level 3 autonomous driving. Tesla’s HW1 version of its Autopilot was classified as somewhere between Levels 2 and 3, while with it’s HW3 version, released in April 2019, Tesla says its automatic driving on city streets capability will be rolled out this year, but this has been pushed back before. Lucid has some ground to make up here, then.

Other Air highlights include a 34-inch curved ‘Glass Cockpit’ 5K display in front of the driver and a retractable central ‘Pilot Panel’ between the driver and front passenger. Lucid has also collaborated with Amazon to build in Alexa compatibility. This means Amazon’s voice assistant can be called upon for navigation, phone calls, streaming media, smart home control, and, of course, shopping (should you need to be adding cat food to your list while hitting 168mph).

Lucid says that thanks to this collaboration with Amazon, there is an expanded set of localised Alexa vehicle controls for the Lucid Air including heating, ventilation and air-con voice commands. This sort of control is already possible in the Polestar 2 integrated with Google Assistant.

Founded in 2007 under the name Atieva, Lucid originally focused on building electric vehicle batteries and powertrains for other manufacturers with a number of employees previously having worked at rival car companies including including Peter Rawlinson, the former VP of Engineering at Tesla, and Derek Jenkins, the former head of design at Mazda North America.

Rebranding to Lucid Motors in 2016, that same year the company announced the planned construction of its $700 million manufacturing plant in Arizona, designed for a maximum capacity of 380,000 cars per year. In 2018, Lucid announced that it was in talks with the Public Investment Fund of Saudi Arabia for a funding valued at over $1 billion. The investment was completed in April 2019 providing finance for production of the Lucid Air and the first-phase construction of the manufacturing plant.

In true EV launch style, Lucid is now taking $1,000 refundable deposits ($7,500 for the Dream Edition) for the Air for customers in US and Canada, as well as in “select countries in Europe and the Middle East”, and deliveries of the new EV will start with US customers from spring 2021.

⌚ Your Apple Watch could soon tell you if you’ve got coronavirus. Here’s how

🗺️ Fed up of giving your data away? Try these privacy-friendly Google Maps alternatives instead