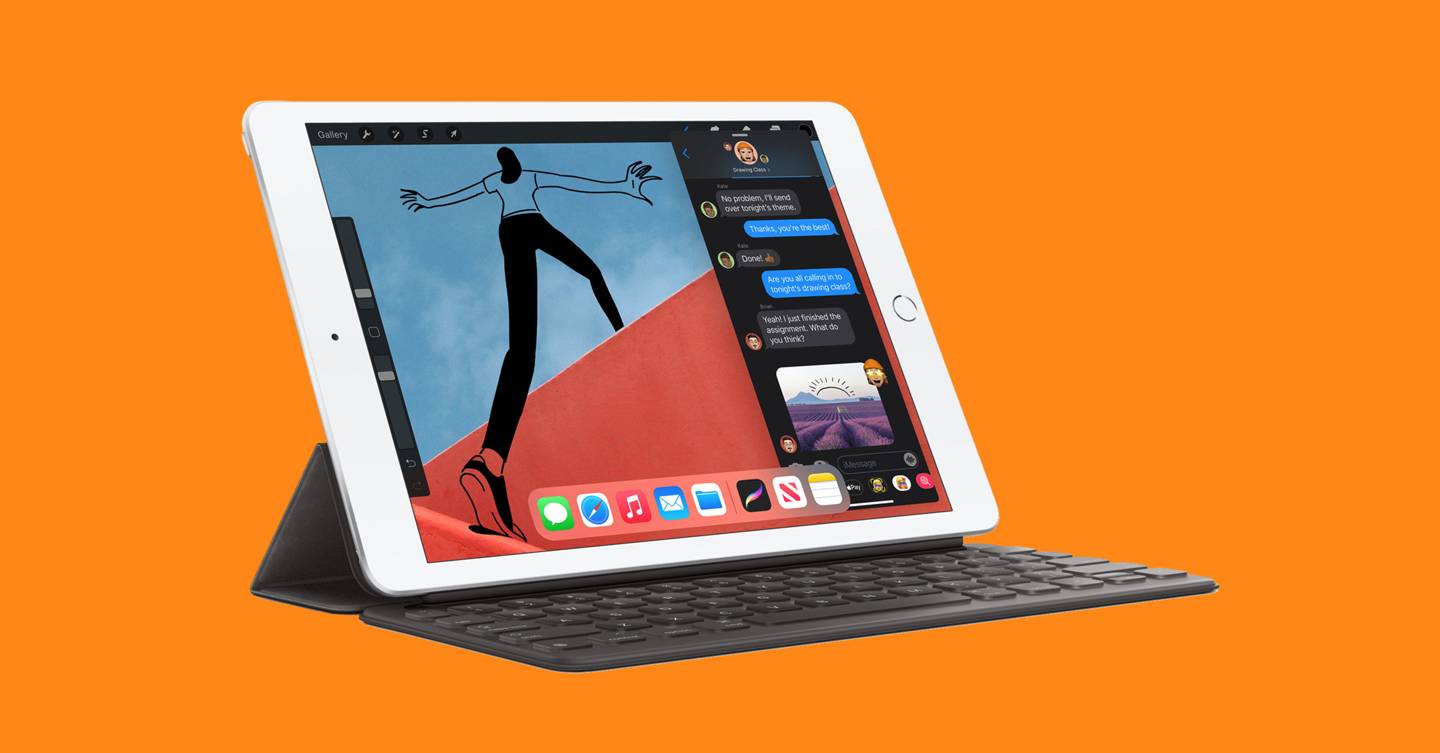 Let’s be honest, Apple’s entry-level 2020 iPad is a bit of a lazy upgrade, with the only change of note being the new A12 Bionic processor. However, this in no way means that the 8th-gen iPad is bad. Far from it. It’s a cheap yet still incredibly powerful tablet, starting at just £329 (less than the new Apple Watch Series 6). And with Smart Keyboard and Apple Pencil support, plus a bright and colourful 10.2-inch Retina display, it’s still a great tablet for those on a budget.

The 8th-gen iPad is an excellent option for those of you wanting to buy in to Apple’s broad iPad ecosystem without breaking the bank. If you’re not too bothered about having Apple’s latest and greatest tech, and mainly use your iPad for watching Netflix, casual gaming or general illustrative or written up work, then the entry-level iPad will be more than enough for your needs.

For those of you currently using the 7th-gen iPad, it’s probably not worth updating, simply because the only difference between this one and its predecessor is its A12 Bionic chip. This offers an admittedly considerable 40 per cent performance boost, but if you aren’t unhappy with your existing tablet, then stay put. If you’re considering upgrading from the original iPad Air or older versions of the entry-level iPad and don’t want to splurge too much, then the 8th-gen is definitely worth it.

Sure, you might look at the new iPad Air with envy, with all of its new features and flashy redesign, but the iPad Air also got a touch more expensive, making the entry-level iPad increasingly desirable. The beauty of this beginner iPad is that, while it doesn’t light the world on fire, it still starts at just £329, and doesn’t scrimp on performance.

Not much has changed on the display front – actually, nothing has changed at all. Put the 8th-gen iPad beside the last model and you won’t be able to tell them apart. It’s got the exact same 10.2-inch Retina display, the exact same home button with Touch ID and the exact same lightning port as on its predecessor. Worse, the bezels are still as chunky as ever, making the design feel old compared to basically every other Apple device being sold right now.

The iPad even comes in the exact same colours as before – grey, silver and rose gold. There’s no sky blue or green like with the iPad Air, unfortunately. It does, however, support the use of the 1st-gen Apple Pencil, like the 7th-gen iPad, and also comes with a smart connector so you can connect a Smart Keyboard (£159) if you so desire.

First thing’s first, the new quick-start method of setting up your iPad works a treat. It lets you transfer everything directly from your old iPad or iPhone to the new device without having to restore from an iCloud backup. It’s really fast and easy to do.

The other thing to note is the battery life – it’s superb. Like the two entry-level iPads which have come before it, Apple claims you’ll be able to get ten hours of use before having to charge, and that’s fairly accurate from what we experienced. We very nearly managed to get through a whole ten-episode season of Altered Carbon before having to reach for the charger.

When we weren’t binging on Netflix, the iPad lasted a solid three and a half days of sporadic use – time spent browsing the web, watching videos on YouTube and scribbling notes and playing a couple of games.

As for that new scribble feature. Sadly, it’s not as slick here as Apple makes it sound. If you have fairly decent handwriting, then the iPad will have no issue transforming it into text. But if it’s just a tiny bit messy (it’s easy to be without the physical feedback of an actual biro) then it’s going to struggle. Illustrators will still love the versatility of the Apple Pencil though, though they’d prefer the newer model.

The cameras, an 8-megapixel camera on the rear and a 720p FaceTime HD camera on the front, are all right. They’re there, but not necessarily all that good. It typically wouldn’t be too much of an issue pre-pandemic, but with all the FaceTime and Zoom calls we’re having right now, we wish the front-facing camera was better.

Could it be a laptop replacement? If you really wanted it to be, but it’s definitely better as an everyday general device.

If you’re one of those people who keeps your smart keyboard case permanently attached to your iPad, you’ll find one slightly frustrating thing about it being constantly attached. If you have the case folded up behind the iPad, with the keyboard hidden away, you’ll notice that pressing the physical sleep/wake button and volume buttons become slightly harder because the case sits too close to the iPad, making it cumbersome to press. That said, while it’s no magic keyboard, it’s still great for everyday use.

Considering there aren’t too many things different between the 8th- and 7th-gen iPads, the killer feature really has to be the A12 Bionic chip and the included 20W power adaptor for fast charging, with a USB-C to lightning cable thrown in for good measure.

You’ll notice the boost to performance as soon as you launch a power-intensive game. Although the A12 is a couple of years old now, it still runs like a dream and will keep your iPad ticking along for years to come.

And including the 20W fast charger in the box is a really welcome upgrade. The 7th-gen iPad took forever to charge because of its measly 12W charger, so it’s great to have one suited for 2020.

There’s no anti-reflective coating on the display, making it hard to read an e-book or watch a film outside in the garden or when the sun is streaming through the window. There’s no True Tone technology. Those bezels are still way too thick in this day and age, and really stick out when you’re binging shows.

And we really wish Apple had bumped the entry storage capacity to at least 64GB. The basic 32GB is a touch too small for people to download content onto the device for offline viewing, let alone for use as a laptop replacement. Although, this may have caused the entry-level iPad to go up in price.

So, should you buy it?

The 8th-gen iPad is an incredible tablet for what it is. With an A12 Bionic chip, 1st-gen Apple Pencil and Smart Keyboard support, plus everything you love about iPad OS 14, all tied up together for a small price, it’s a steal. But if you can afford to stretch your budget, then you may wish to go for the 2020 iPad Air.

🌐 TikTok was conquering the world. But Trump’s battle heralds the ugly birth of a new splinternet

🎮 We now know everything about the next-gen consoles. So which should is better – the PS5 or Xbox Series X?

🎬 Why Netflix keeps cancelling your favourite shows after two seasons