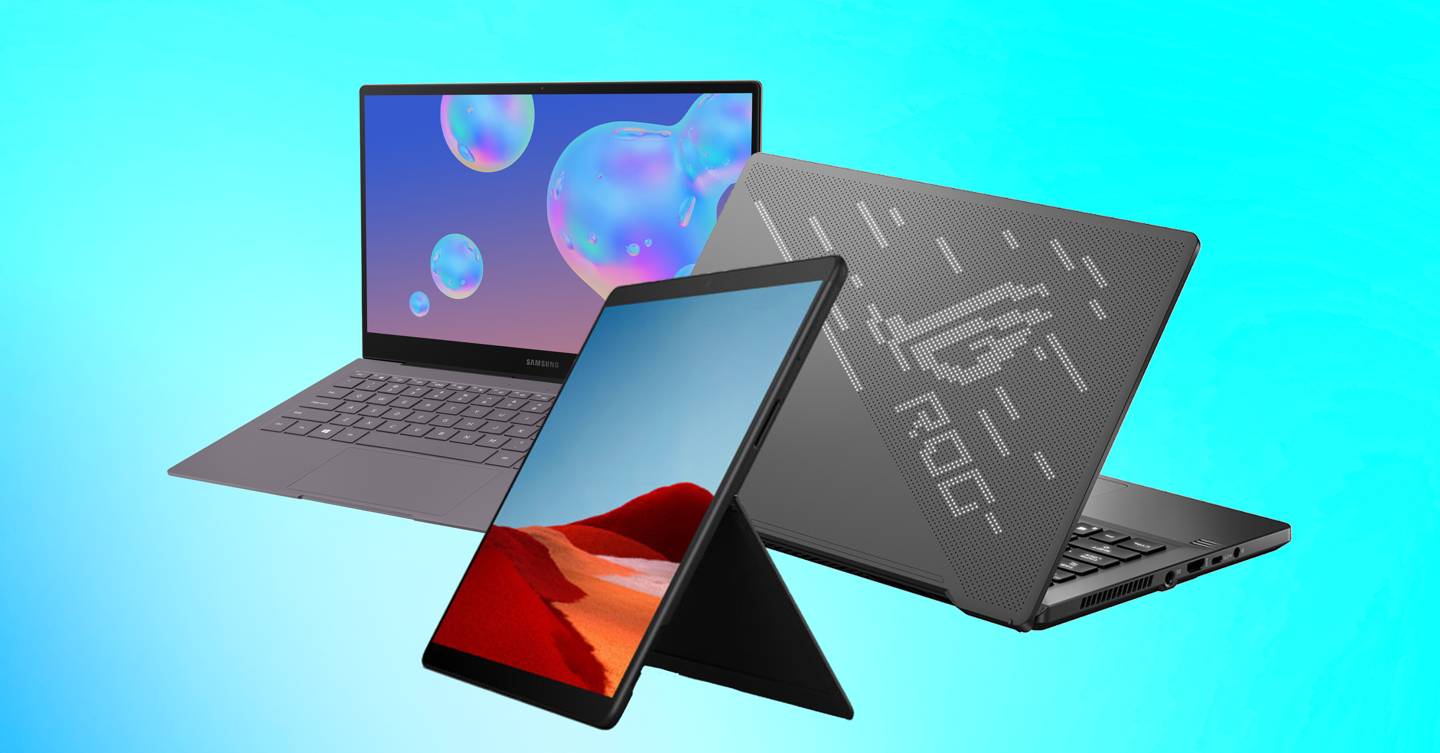 When Apple announced the transition to its own Apple Silicon chips for its new Mac line, few could’ve imagined the extent of praise and plaudits that followed the release of the hardware.

On the face of it, and bearing in mind that it’s still early in the transition, it appears Apple has a formidable success on its hands. The M1 MacBooks have, thus far, avoided causing the same compatibility and performance woes of ARM-based predecessors, while providing strong battery life as a neat cherry on top. As such, the rest of the industry can’t stand still.

Several manufacturers have already taken their own steps into similar territory as the first Apple Silicon chip, from Intel’s Lakefield processors, Qualcomm’s Snapdragon chips as well as Microsoft’s SQ1 and SQ2 collaboration with Qualcomm. While AMD is yet to enter this exact area, it’s had a stellar year with its Ryzen 4000 laptop processors and could emerge as a runner in this race going forward.

While hardware is a significant part of this puzzle, the current state of the non-Apple ARM device landscape revolves around Windows. Devices such as the Samsung Galaxy Book S (the Snapdragon version) and the Surface Pro X have showcased Windows on ARM, with Apple owing a debt to these for providing a low point against which its M1 MacBooks could shine. Yes, the gear offered impressive designs that efficient ARM chips could enable, but teetering compatibility and a high price meant they were hard to recommend. However, a new sleeker take on Windows might just solve this conundrum.

From improving the software compatibility and performance of Windows on ARM to Intel, Qualcomm and AMD providing the chips to facilitate it, Apple’s rivals have a ton of catching up to do. Let’s take a look at where they are at and the future plans they have.

We’ll kick things off with the manufacturer that currently represents one of the most widespread uses of ARM right now – check your phone and there’s a high likelihood it’ll be one of Qualcomm’s Snapdragon chips that’s inside. Even iPhones continue to currently use a Qualcomm modem.

Naturally, Qualcomm was the company Microsoft turned to for the beginning of a new wave of ARM-powered devices – the Surface Pro X. The benefits were immediately obvious, taking the rather stagnant design of the regular Surface Pro range and giving us a glimpse into the future. The Surface Pro X was better looking, more portable and offered better battery life.

However, the Pro X was priced at a premium, while only offering decent productivity performance and a range of compatibility issues. Then 2020 brought about the second iteration of the device, but not much had changed. It had a new Microsoft SQ2 chip and slightly improved performance, but was still largely hamstrung by Windows on ARM.

Around the launch of the 2020 Surface Pro X, both Qualcomm and Microsoft spoke about the steps they were taking to enhance the user experience and remove performance hurdles. However, we are yet to see these truly play out. While progress in this department is plausible and the performance of the Snapdragon chips will only grow, it seems more likely that another Microsoft project might be the catalyst for Windows’ ARM prospects.

The Intel that Apple left behind

Onto the chipmaker from which Apple is currently transitioning away. Intel is still churning out processors that offer strong performance in the laptop form-factor. Yet, it has failed to satisfy the more efficient aims that ARM can accommodate and Apple is clearly shooting for.

However, when Lakefield debuted on an Intel version of the Samsung Galaxy Book S, we may have got the super-slim and forward-looking design but the performance still floundered compared to Intel’s regular line of laptop chips. By comparison, Apple’s M1 chip has shown improvements to performance on top of what’s gone before rather than presenting any kind of compromise to achieve its design.

Nevertheless, Lakefield did bring the battery life benefits that more efficient chips are expected to bring, and firmly represented a base for the company to build upon in 2021 – even if it appears to have a long way to go. According to hardware site AnandTech, these plans take the form of a new Alder Lake processor, with Intel focusing on making key performance improvements this time around.

The best laptops for any budget in 2020

Everything could hinge on Windows

If ARM is to truly become ubiquitous on Windows then a seachange is needed. The Intel and Qualcomm collaborations with Microsoft are clearly making some progress. However, it currently feels like this progress is simply moving towards catching up to the speeds traditionally offered by existing Intel and AMD mobile chips with some of the efficiency benefits of ARM. Apple has shown ARM chips have far greater performance capabilities than this, but Apple has had the benefit of creating an operating system that has almost seamlessly integrated ARM.

A more lightweight operating system might be the answer for Microsoft – enter Windows 10X. Windows 10X was announced back in October 2019 as an operating system for “enabling dual-screen PCs in 2020”. As we get ready to exit 2020, Windows 10X is nowhere to be found, however, it seems like it could be due to Microsoft setting its sights on a bigger picture.

In May 2020, Microsoft’s chief product officer Panos Panay acknowledged that Windows 10X would now debut on single-screen devices and would “leverage the power of the cloud to help our customers work, learn and play in new ways”.

Whether the benefits of a more lightweight Windows would lead to an improved experience for Windows on ARM is not immediately clear, with Windows 10X still being designed with traditional Windows apps in mind and leaning closer to a Windows take on Chrome OS than a fully fledged, ARM-friendly version of Windows.

A more immediate beneficiary of a lightweight Windows 10X could be Intel’s hybrid chip offering, such as Lakefield, which is already moving towards the efficiency gains of Apple’s M1 philosophy while still supporting traditional Windows apps.

For Windows on ARM, Microsoft continues to make progress in the area, increasing support for native ARM apps on Windows – with the likes of Microsoft Teams and Microsoft Edge joining the party over the last six months – as well as broadening its ability to emulate apps that do not yet have native ARM versions.

The invested runners and riders have been well established thus far, with the rivals being defined by having actually released forward-looking and efficient products. But what of the industry players who’ve yet to fully move in on the space?

The obvious dark horse is AMD. AMD has done tremendous work in 2020, bringing its Ryzen 4000 mobile processors to laptops and producing some remarkably affordable and performant machines. AMD is truly on a roll and it would make a ton of sense to extend said roll over to ARM.

However, AMD has publicly discussed this and has said that it won’t rush into ARM. Just a month ago (via PCGamer), product CTO at AMD Joe Macri said: “We’ve been studying big.LITTLE (the architecture ARM chips are based on) … it’s been 15-plus years, so this is not a new concept in any way shape or form. We’re not going to talk about whether we’ll do it or not, but I’m going to talk about some of the challenges of it and around what you really want to do with it.

“Is the goal power efficiency? Is the goal more performance? Is the goal just marketing, ‘I want more core count’, regardless of what it does for the other two variables? At AMD, the marketing one we’re going to throw out the window … We’re not going to do it just to have a bigger number.”

It’s far from a “no, we’re not”, but there appears to be an air of scepticism regarding how ARM has been used by other manufacturers over recent years, this was before Apple unveiled M1, however.

The AMD ARM chip rumour mill kicked into overdrive towards the end of last month, with leaker MauriQHD positing that the company already has a rival to M1 in the works and hinting CEO Lisa Su may have something to share on January 12 at CES 2021. As always, take leaks with a pinch of salt.

Finally, while AMD is the dark horse yet to enter the race, it would be unfair not to mention Google’s Chrome OS when discussing lightweight computing. Chromebook devices currently fall short of touting the kind of performance gains offered by the Apple M1 chip. Nevetheless, devices such as the Lenovo Chromebook Duet have combined Google’s cloud-first operating system and a processor courtesy of the upstart MediaTek chip manufacturer to create an impressive and affordable experience on ARM. Whether Google intends to continue to improve Chrome OS performance on the high-end remains to be seen, but it does have a head start over Windows 10X.

Adam Speight is a product writer for WIRED. He tweets from @_adamspeight

🏥 The devastating human cost of a mental health data breach

🇷🇺 Russia’s vaccine has attracted criticised. Here’s what is really happening with the Sputnik V vaccine

🍿 The Netflix Christmas Cinematic Universe is being torn apart