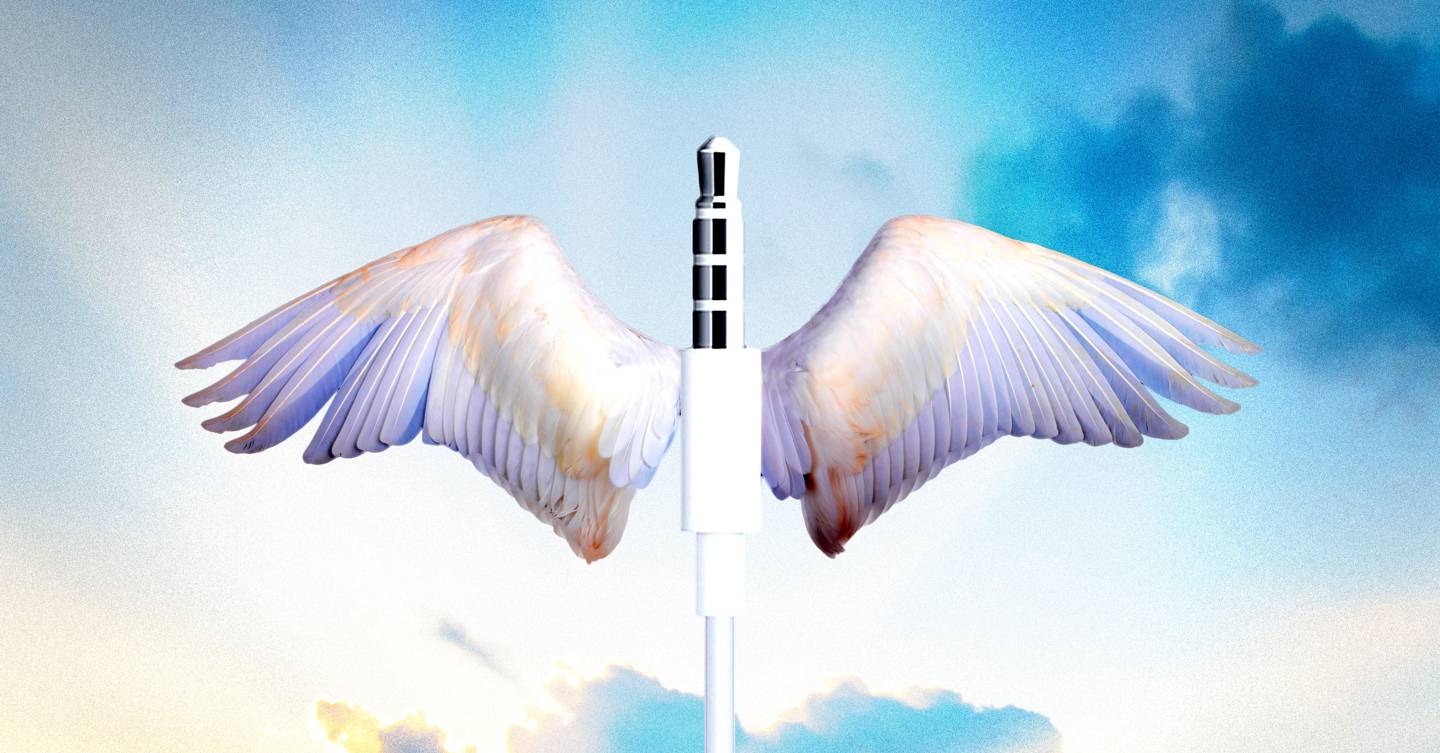 We’re now halfway through 2020, and it’s fair to say it’s been a rough year so far; there’s a deadly pandemic sweeping the globe, the job market is broken, the economy is in the bin, and, somehow, Apple EarPods continue to exist.

Things are looking up, though! Sure, we’re heading for a second wave and the economic situation isn’t looking great, but there’s talk that this could finally be the year that Apple EarPods cease to exist (if you discount the 19 pairs you have hidden away in drawers around your home, each one tangled into an impossibly tight ball).

According to the analyst Ming-Chi Kuo, Apple intends to ship this year’s iPhones without EarPods, nor a charger, included in the box. If true, this will mark the first time in the history of the iPhone that it will ship unaccompanied by offensive, plastic headphones. Before the advent of the EarPods alongside the iPhone 5 in 2012, devices shipped with Apple’s “iconic” Earbuds, famed for their numerous appearances in overly-saturated iPod adverts.

This is good news. Sure, social-media reactions so far have fallen predominantly into the category of “outrage”, and the cynics among you may see it as a not-so-cleverly devised move by Apple to flog more of its (excellent) wireless earbuds, but maybe – just maybe – the company has finally come to realise that those spending upwards of £1,000 on a new smartphone simply aren’t going to use The Worst Headphones Ever.

OK, we’re being dramatic, but the EarPods – especially when you consider that they come bundled with one of the most premium smartphones around – are not good. Yes, they do the job when you forget you have a Zoom call starting in 18 seconds and your AirPods inexplicably won’t connect to your MacBook, but let’s be honest: they’re uncomfortable, unattractive and suffer from poor sound and terrible leakage. They are free, though, and you do tend to get what you pay for.

But general terrible-ness isn’t the only reason Apple’s decision to ditch bundled headphones should be celebrated. As per Kuo’s research note, this isn’t all some ploy to sell more AirPods, but rather a considered attempt by Apple to offset the cost increases that come with upgrading to a new iPhone.

We’ve scoured the internet trying to find out how much each pair of EarPods costs Apple to make, and while this iFixit teardown offers some information into how the plastic eyesores are put together, the exact bill of materials remains a mystery. So let’s do some maths. Apple is said to make a gross profit of around 60 per cent on each pair of AirPods sold, so working to that logic, let’s say each pair of £29 EarPods costs the company roughly £10. If you multiply that £10 with the 200-million-plus iPhones sold every year, you get one hell of a saving.

Though we could take any savings we’ve got and put it away for a rainy day, or, more recently, squander the lot on work-from-home snacks, Apple seemingly has a better idea. Kuo predicts that these cost-savings will offset the cost of finally bringing 5G to the iPhone, some two years after the likes of Huawei and Samsung started supporting the connectivity standard on their flagship handsets.

While some will argue that Apple finally catching up to its Android rivals is nothing to get excited about, it’s worth remembering that the company has rarely led the charge when it comes to connectivity: it wasn’t first to launch a 3G or 4G phone, yet during this time managed to become the highest valued company in the world.

And assuming you haven’t been setting fire to telecoms masts in recent months, we’re sure you don’t need us to list the benefits a 5G iPhone will bring, nor why Apple joining the 5G race is a big deal. And not just for Apple.

According to Gartner, Apple releasing a 5G iPhone could help the entire smartphone market recover from its worst year ever. In a move driven predominantly by the release of the first 5G-compatible iPhones, the analyst firm expects 5G handsets to account for 12 per cent of mobile phones sold in 2020, which will see global device shipments to return to growth.

There’s a third, final and critically important reason why the impending sacrifice of the EarPods is a good thing, and it’s related to those 19 pairs you have scattered in a tangled mass across your home that will, ultimately, end up in landfill.

iPhone users are inherently loyal, and tend to, in most cases, stick to the iPhone. That means that if you’re on your fifth model, you have at least five pairs of EarPods. And if, like us, you’re of the opinion that they are truly awful, it’s unlikely you get much use out of them. If the iOS faithful already has existing headphones, particularly headphones that go unused, save for the occasional emergency Zoom call, including a new pair with every iPhone is a wasteful manufacturing process and creates unnecessary electrical waste.

Electrical waste, or e-waste, is a huge problem, and it’s only going to get worse; 50 million tonnes of e-waste is generated every year, a figure that’s expected to hit 110 million tonnes by 2050, by which point it will be the fastest growing waste stream in the world.

Apple, and ultimately the technology industry as a whole, has a responsibility to tackle this (Nintendo, admittedly, started making strides when it stopped shipping the 3DS XL with a charger in 2015). And while ditching bundled headphones isn’t going to solve the problem of e-waste, it’s a baby-step that should be welcomed, particularly when you consider it also has the potential to reduce freight costs and, ultimately, carbon emissions.

Ruediger Kuehr, director of the Sustainable Cycles programme at the United Nations University, says such a move by Apple would be a positive step to address e-waste, but the company needs to be doing more.

“Chargers and headphones are definitely fuelling the e-waste mountain, and as such, this is definitely a move in the right direction,” Kuehr says. “However, it’s also worth remembering that Apple has taken countermeasures against a universal charger, which is a contraction. It’s puzzling.”

Yes, Apple – and the industry as a whole – could be doing so much more, but for those mourning the (potential) death of the EarPods, as well as those who are enraged that Apple is “swindling” them out of a freebie, maybe it’s time to look at the bigger picture – and to invest in a decent pair of headphones.