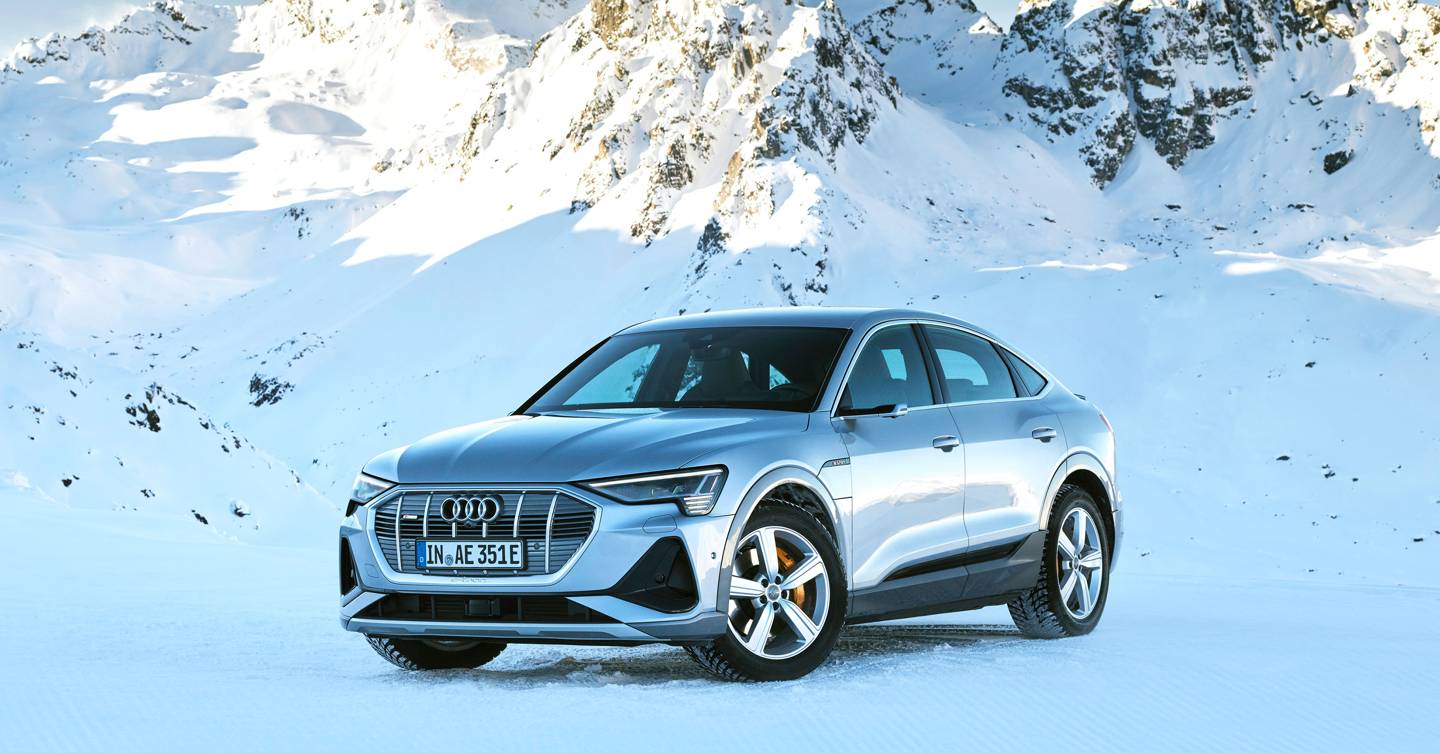 The tl;dr version of this review could easily be: so you liked the idea of last year’s e-tron but truth be told you’re not a fan of SUVs. Good news! Here’s the Sportback version. The same car in a new shape.

Range remains a maximum 241 miles on a full charge, so nothing to bother the new Lucid Air, but still very respectable. Find a Direct Current (DC) dock at a rapid charging station, and half an hour is all it takes to get to 80 per cent, with a full charge in 50 minutes utilising the car’s 150kW maximum charging rate. From home using an AC wall box, this will take almost 9 hours from empty.

What has changed due to that new shape is an even better drag coefficient rate, which was already an impressive 0.28 per cent and is now just 0.25. What does this mean? Less drag is better for extending battery life, of course, but what you will notice is what an eerily quiet (in a good way) experience driving the Sportback 55 quattro. No engine noise, virtually no wind noise. You can barely hear the wheels on the tarmac.

You’d think that the sloping roofline for the new Sportback would mean rear passengers will be left feeling cramped, lacking the space the SUV version offers. Not a bit of it. The new design sacrifices just two centimetres of rear headroom. There’s almost something of a Tardis element to the interior. It looks like it will be smaller inside than its elder sibling, but no.

It’s still a heavy car, though. At 2,520kg, it’s 30kg heavier than the SUV. This is in part due to the fact the Sportback is only available with the larger, more expensive 95kWh battery, while with the e-tron SUV you can spec a smaller 71kWh one. So such heft is what you get when you marry a big battery with strong noise suppression and a platform that wasn’t designed specifically for EV. It doesn’t drive like a 2.5-tonne car, however.

Thanks to the Audi refinements and that quattro four-wheel drive, you get pleasing, engaged handling. Like the SUV, the acceleration is responsive and eager but not frantic. It is not quite on par with the Jaguar I-Pace, but there’s really not much in it. That bigger battery also means the better specced Sportback starting price of £80,650 is £20,000 above that of the SUV.

Speaking of price, we do need to talk about the digital door mirrors. As an £1,250 optional extra this remains something of a solution to a problem no one really wanted fixing. In fact, it’s not even a solution. We would go as far as to say that once you have got over the childish delight of having small screens on the inside of the doors instead of old-fashioned mirrors, you start to realise you may have paid for extra tech that is not as usable as what it is replacing.

The screens themselves have less real-estate than a traditional wing mirror, and can, on occasion, be harder to see in bright sunlight. Also, while the passenger screen is presented at an angle towards the driver where you see the most of what is displayed, the driver-side screen is positioned at such an angle that you can find yourself moving your head towards the centre of the car in order to get a better view. This is not ideal.

Everything else in the interior is superb, with an excellent and responsive touchscreen interfaces dealing with most of the controls.

But perhaps the most eye-catching part of the e-tron Sportback is Audi’s new Matrix LED headlights. We have seen matrix LED lights before on cars that automatically dip full beam dynamically for oncoming cars. This is the next generation of that tech, with a much higher resolution.

The system is based on a small chip that contains more than one million micromirrors, each of which has an edge length of only a few hundredths of a millimeter. Electrostatic fields help tilt the mirrors up to 5,000 times per second. This position determines what happens to the light generated by the three LEDs. A lens system directs the light onto the street, but when a particular area should be dimmed, the necessary light is sent to an absorber that swallows it up.

Far from just blocking out light to oncoming cars, the Sportback can automatically throw down a 50-metre carpet of light on the motorway, complete with arrows, overplayed on top of your usual dipped beam, exactly the width of your lane to help you stay in that lane. It can widen it to exactly include the width of the next lane as you move to change lanes. It can even play animations and, theoretically, films through the headlights (all in monochrome, of course), should you have the wherewithal to hack the tech.

This is the first Audi to have this light system, and it’s really impressive. So impressive that considering the few differences between the SUV and this model, this might understandably be the swaying factor when sizing up the two.

😷 They never officially had Covid-19. But coronavirus long-haulers are living in hell

🎒 Going out again? These are the best backpacks for work, travel and cycling