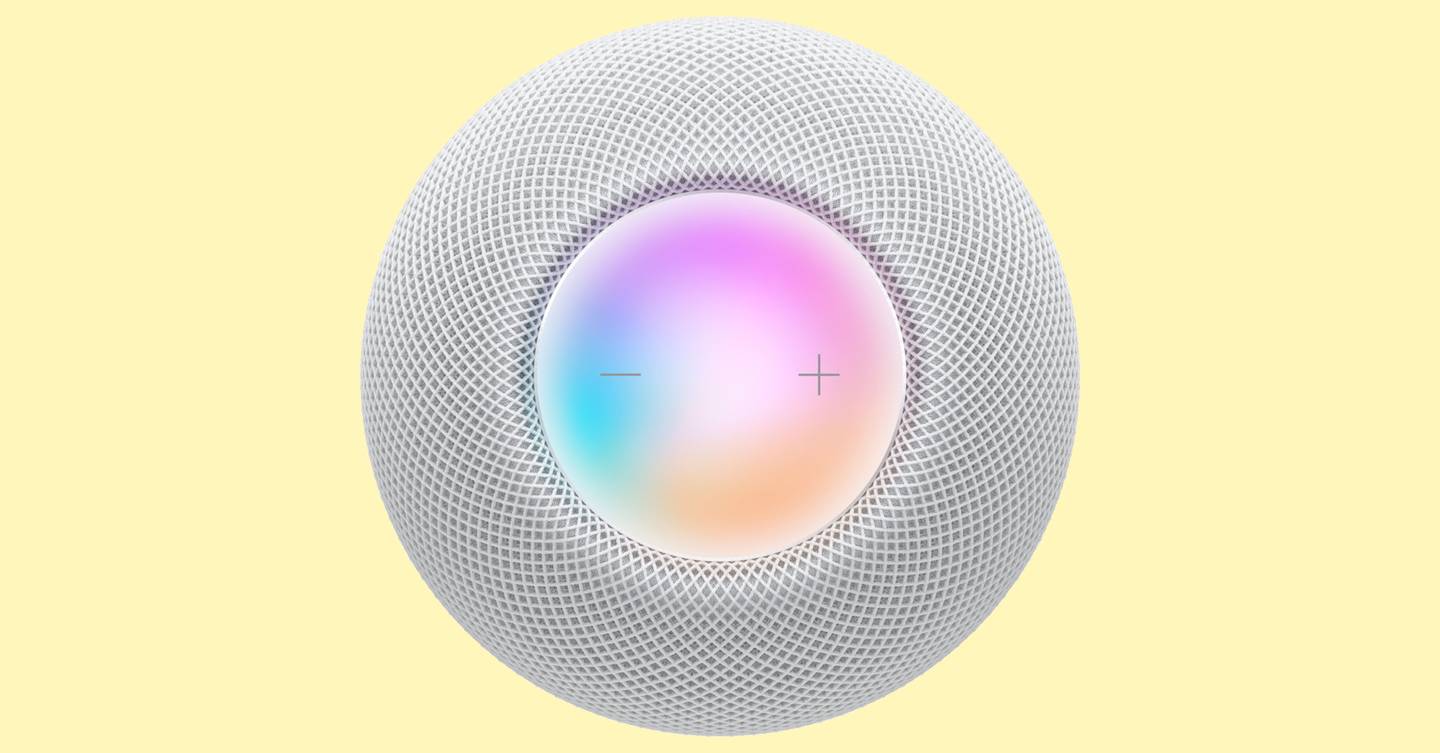 It’s only been just under three years since Apple’s first HomePod was released. It seems much longer. Why? Because no one, including Apple, ever talks about it. Back in June 2017, when the smart speaker was announced (it took a long eight months until it finally become available to buy), the company thought it had the competition licked by adopting the familiar Apple tactic of arriving late but better.

The trouble was that although it was clear pains had been taken to make this speaker sound good, though we certainly didn’t think it was perfect at the time, a confusing UI combined with the then sub-par Siri to leave you with a pricey £319 smart speaker that, well, wasn’t very smart at all.

As a result, HomePod 1 never took off like Apple hoped it might. So, like a disappointing child that never fulfilled its potential, Apple steadfastly ignored its sonic offering. Until now, that is. Here comes the all-new HomePod Mini, and there is much to admire.

A great many more people than the original HomePod, that’s for sure. At 8.4cm tall and 9.8cm wide, it’s close to half the size of the new Amazon Echo – and crucially it is about the same price, too. Being just under £100, the HomePod Mini is decidedly accessible, especially compared to HomePod. It’s no coincidence that Apple has priced this speaker keenly. The company is sorely lagging behind in the smart speaker race, due to that combination of a lack of cheap hardware and having, for a long time, a digital assistant that ran a slow third behind Google and Amazon’s helpers.

Now Siri is a lot better – yes, it’s been able to handle multiple timers for a while now – and with the data-security assurances that inherently come with Apple hardware, all the company needed to do was create a competitively priced unit that sounded half decent and, all of a sudden, the HomePod Mini is a compelling alternative to Alexa and Google devices. So, in short, this is a smart speaker for people who want the convenience of a digital assistant but always felt uncomfortable that either Alexa or Google Assistant might be listening, didn’t approve of what Amazon or Google did with their data, or both.

It looks like a designer tennis ball with its fabric mesh covering in either white or black. At 345g it’s not heavy so can be put almost anywhere, and that understated design will see it blend in to the background nicely. Like the HomePod a glass panel on the top is opaque when the speaker is off, a swirl of colour when Siri is doing its thing, and a white cloud when music is playing.

If you are looking for physical audio connections, don’t bother. There aren’t any. You can’t plug anything into this thing – not even the power cable as that’s fixed to the speaker permanently. As for build quality, this is Apple so as you can imagine everything is high standard, including the fancy power cable reminiscent of the HomePod’s one. It doesn’t feel at all like you have bought “the cheap HomePod”, which is quite the compliment consider the price drop for this version.

Underneath the cloth covering is an Apple-designed full-range driver firing downwards for 360-degree sound, and this itself is flanked by two passive radiators to help with bass performance. Four microphones – three that specifically listen for the ‘Hey Siri’ wake command and a fourth employing echo location to hear you over loud music – means the HomePod Mini nearly always knows when you are speaking to it, and also knows which speaker you are talking to (take note, Amazon).

OK, the controls are simple. On the top panel when active plus and minus symbols take care of volume. Tap the centre to pause or resume music, double-tap skips forward and a triple-tap skips back. Want to wake Siri? Do a long press. But you’re not really meant to perform any of these interactions. You’re meant to operate this speaker by voice, of course.

When you do speak to Siri it understands you most of the time. Not all the time, by any means. But then neither do the other digital assistants. What’s important here is that Siri has effectively caught up with Alexa and Google Assistant when it comes to comprehending what you want. Whether it can give you an answer or perform what is asked of it is another matter. It still gets confused on occasion, as well, but talking to the HomePod Mini is rarely a burden where you wish you’d just got your phone out and taken control yourself.

This is down to the S5 chip “brain”, (the very same in the Apple Watch Series 5 and Apple Watch SE), which gives the Mini the ability to modify its output on the fly based on the position of the speaker and what’s being played through it. The result is a sound that is much greater than should emanate from the tiny Mini – and even more impressive if you stereo pair a couple of them.

As a smart home hub the Mini performs well, too, controlling HomeKit-compatible devices with aplomb and it’s going to be very interesting to see what Apple does with the built-in U1 chip in the future. It would be superb if walking between rooms in the house Minis utilising that U1 chip, with its supposed ability to offer “GPS on a living room scale”, could keep track of where you are and direct messages, calls etc to you direct, for example.

The sound. This is the best-sounding smart speaker in its class. Apple overestimated how good the audio was on the original HomePod, but here it’s the opposite. The Mini punches above its weight. It will go louder than you expect, and much of the time want it to, while consistently delivering a balanced sound that is clear and defined right up to full volume. This thing will not distort. There is also an impressive low-end performance considering the dimensions the Mini has to work within. All in all, it’s a better soundscape than the Amazon Echo. Not for the first time recently with Apple, we’ve had to apply the “value for money” badge to the Mini. The Cupertino engineers should be proud of themselves for this effort.

The most annoying thing about living with the HomePod Mini is the lack of support for third-party services we all use so often. It feels like you are being rudely pushed towards Apple own offerings. Yes, you have the likes of TuneIn radio, but not Spotify, Tidal or Deezer integration (Pandora and Amazon Music are admittedly coming). And, for us Brits, the lack of BBC Sounds is a huge failing. For someone like me who spends most of their day listening to either Radio 4 or Radio 6, not being able to ask Siri to play these stations is, frankly, almost a deal-breaker. You can do workarounds by switching to AirPlay 2 streaming from your phone, for example, but this is a faff and negates the reason for having a voice-operated smart speaker in the first place.

Also, the Mini would have made a tantalisingly good portable speaker. If that power cable were not integrated, and instead the Mini sat in a dock like Sonos’s Move, then it could have been possible to take the speaker out in the garden or to the park. But this would no doubt bump up the price and size of the unit. Still, we can dream.

So, should I buy it?

At this price? Absolutely. The HomePod Mini is easily more impressive than its big brother. The sound is genuinely superb, especially considering the size of the Mini. As a smart-home hub it’s a secure option where you won’t be worrying about data security nearly as much as with the competition. And, lastly, if you have already bought into the Apple ecosystem, and in particular Apple Music, then this all works as seamlessly as you would expect. Indeed, imagine if Apple sold HomePod Minis in packs of five as an instant smart-home, multi-room audio setup? That really would be a no-brainer.

🇨🇳 Much of the world is suffering with a second wave – but China isn’t. Here’s how it crushed Covid-19

📧 Nigerian Prince email scams have a long legacy, including boosting the growth of a notorious police unit