A new Fitbit claims to track your stress levels. Can it really do it? 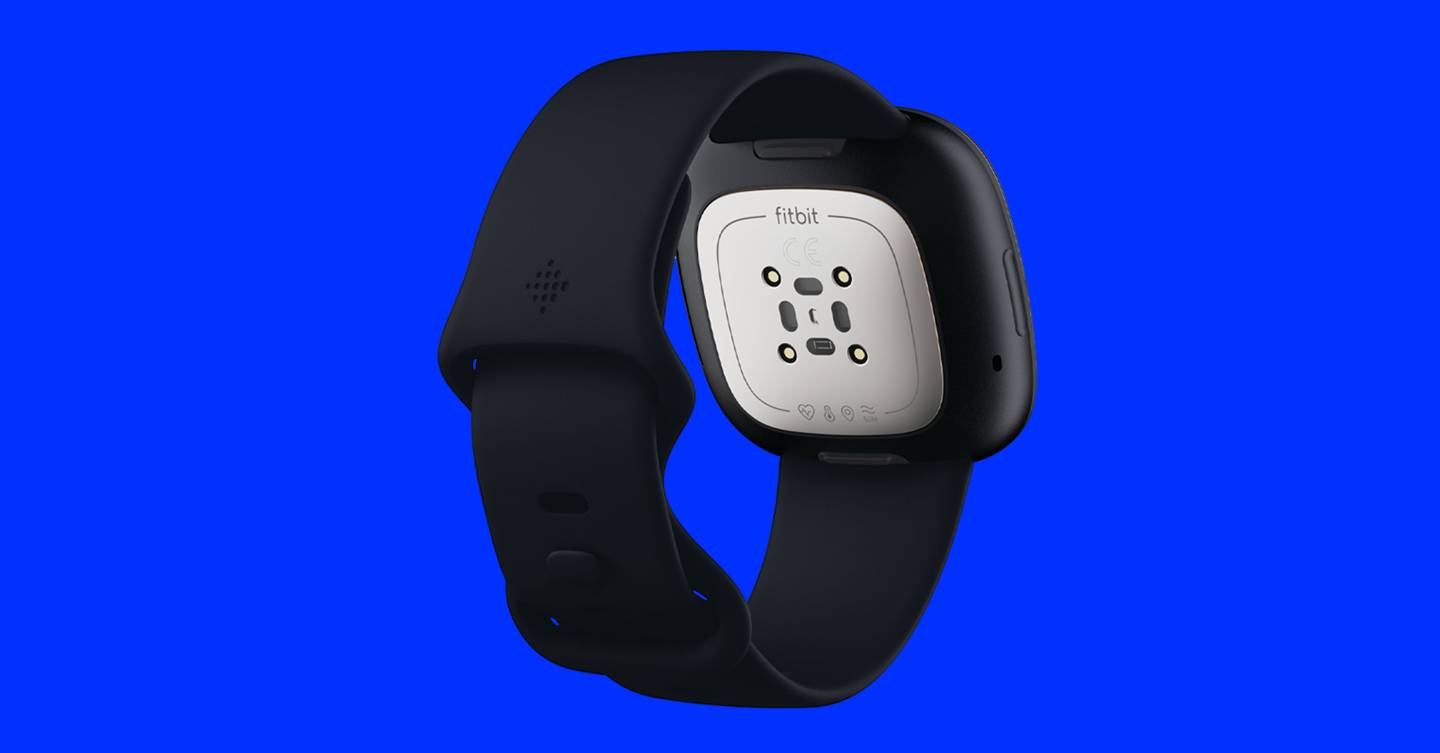 Fitbit announced its new £299 Sense “health smartwatch” this week, complete with ECG heart monitoring, skin temperature sensing and, most headline-worthy, a stress tracking electrodermal activity (EDA) sensor. On first impressions the Sense, which is on pre-order for a September 25 release date, looks like a worthy Apple Watch rival with a full suite of metrics, particularly if you’re prepared to pay for a Fitbit Premium subscription.

Tracking stress isn’t quite as straightforward as tracking steps, though. There are a number of obstacles in measuring, analysing and presenting the relevant data, which goes some way to explaining the relatively modest set of features Sense owners are likely to encounter when placing their palm over the device to take readings this autumn.

“Galvanic skin response (GSR), also called electrodermal activity (EDA), is a biomarker of sympathetic nervous system activation and is considered one of the most sensitive and valid markers of emotional arousal,” says Kalliopi Kyriakou, a researcher at the Institute of Risk Assessment Sciences (IRAS), University of Utrecht. She explains that during high levels of ’emotional arousal’ such as stressful states, sweat secretion is intensely activated, which can be measured using a GSR sensor accurately and easily on the hands and feet.

Problems typically in the collection of sensor data stage. “The use of wearable biosensors in real-world poses several challenges in terms of reliable and useful measurements for emotion detection,” says Kyriakou. These include users in motion (something Fitbit has just improved on its heart rate monitoring module on Sense), technical interferences in the signal and noise from inappropriate placements or poses when taking readings, though these can be counteracted via filtering processes for noise and linear interpolation for missed values.

In 2019 Kyriakou was part of a University of Salzburg study on the “systematic benchmarking of physiological sensors” in wearables which found that measurement of galvanic skin response is a more “delicate undertaking” than heart rate and heart rate variability (HRV) and results in “lower, but still reasonable correlations” than the more established consumer health sensors.

Eric Friedman, co-founder and CTO of Fitbit is more concerned with the analysis and presentation of the stress and emotion data. First, the analysis. A major barrier to the usefulness of EDA in real life scenarios, that is presented in the research, is the step in the process in which the stressful, sweat-producing ‘event’ is categorised into a positive or negative stressor.

“Unfortunately happy stress responses like ‘I just got engaged’ and the really negative stress responses like ‘I’m watching a really terrifying movie’ can actually generate similar physiological reactions,” says Friedman. That’s where its algorithms come in, what Fitbit’s stress tracking will in truth live or die on, but the company does have some assistance from the other sensors on board.

Both HRV and skin temperature can be sensitive indicators of stress – skin temperature decreases in cases of stressful events from an average of 32 to 35◦C. “If GSR is combined with other physiological measurements such as skin temperature or HRV, then it is feasible to distinguish reliably a negative from the positive response,” says Kyriakou, provided Fitbit has built an accurate algorithm, that is.

Fitbit’s first experiments around stress were around four years ago, says Friedman. In 2017, Fitbit Labs built a mood logging app that was designed to correlate how the amount of sleep changed people’s moods: “that was out first public foray into this.” Fitbit has also been conducting longitudinal studies, looking at healthy and unhealthy populations, sending out, for example, the PHQ-9 Depression Test Questionnaire. “We’re then gathering physiological data and merging that together,” says Friedman. “None of that stuff is published yet.”

Fitbit is, he says, “on a population level” right now with the scale of its stress tracking datasets, which aim to factor in differences in the levels of sweat people produce. The team is aiming for a cross-cultural, global scale which will present further challenges such as how ideas like ‘health’ and ‘stress’ are internalised around the world.

Another question, that was much discussed with the introduction of Fitbit’s detailed sleep tracking features, is how much people actually want to be told what their body is experiencing. In language familiar to anyone buying health and fitness wearables over the past five years, Fitbit carefully used the word ‘may’ during its virtual briefing on Sense, as in “EDA activity may indicate your body’s response to stress”.

“Part of what you see in the ‘may’ is also around how people falsify, what do people think about with their ‘aware’ brain versus their more ‘animal’ brain and what happens when they disconnect, most people are going to trust this ‘aware’ brain,” says Friedman. “So we want to be very careful about how definitively we say ‘you’re stressed’. You might have cortisol, all the things that show stress, but if you don’t feel stressed you’re going to say this is a bunch of junk. We never want you to say that because we think we can get you to a good place, even without you consciously admitting it.”

The key to encouraging Fitbit users to bother tracking their stress (and potentially make themselves more stressed) will be providing them with some form of action to deal with it. That’s where it becomes clear that Fitbit is, probably sensibly, taking things slow when it comes to stress. There’s a daily Stress Management Score, which combines exertion balance (the impact of exercise and steps), responsiveness (heart rate and EDA) and sleep.

The idea, explained by Fitbit research scientist Samy Abdel-Ghaffar during the launch, is that if you get a high score with few signs of physical stress, you should exercise or take on a new work project. A low score? Do meditation or go to bed early. This application of a responsiveness score has popped up in wearable tech startups before, most notably in Bellabeat’s successful range of activity trackers (which also did period tracking before Fitbit), and failed London startup Vinaya Technologies.

Friedman thinks one of most useful features will be measuring ‘disturbances’ during guided mindfulness sessions (either short bursts or up to 60 minutes) over time. “What we’re trying to show, when people are doing this mindful meditation is what is their level of disturbance and how are they measuring that over time?” he says. “We’re not saying if it’s a good disturbance or a bad disturbance, it’s just a disturbance.”

The Fitbit app will prompt users with ‘try this’ triggers related to mindfulness and breathing practices – already a feature on the Apple Watch – and, as in the early days of slightly gimmicky heart rate monitoring testing, Fitbit will encourage users to ‘go watch a scary movie’ and spot check their EDA response to try to make the feature more approachable. The integration of stress indicators with activity, sleep and nutrition seems further off. Over the next six months, the priority will be feeding in all the new data from these new sensors then over the course of 12 to 36 months, Fitbit will “start to leverage all that data and produce new things on top of that.”

Smaller scale experiments aside, the Fitbit Sense isn’t even the only mainstream emotion detecting device launched this week. The invite-only Amazon Halo, a health band with no screen, appears to be leveraging years of work by Amazon’s Alexa teams to offer emotion tracking via voice detection, even though the voice assistant isn’t actually part of the feature set. As with Fitbit Premium, there’s a subscription service attached.

Fitbit’s $2.1 billon acquisition by Google is under scrutiny in both the US and the EU for at least the rest of 2020; Google has already pledged not to use Fitbit user health data in advertising. And unlike Amazon, Fitbit is actually a trusted name in this space, with the new sensors on the Sense – whatever their accuracy and usefulness in the short-term – making it the most likely serious rival to Apple’s ever-expanding health ecosystem.

🧠 Can’t focus? Here’s how to concentrate when working from home

🕺 Across London havoc is being caused by illegal Airbnb nightclubs