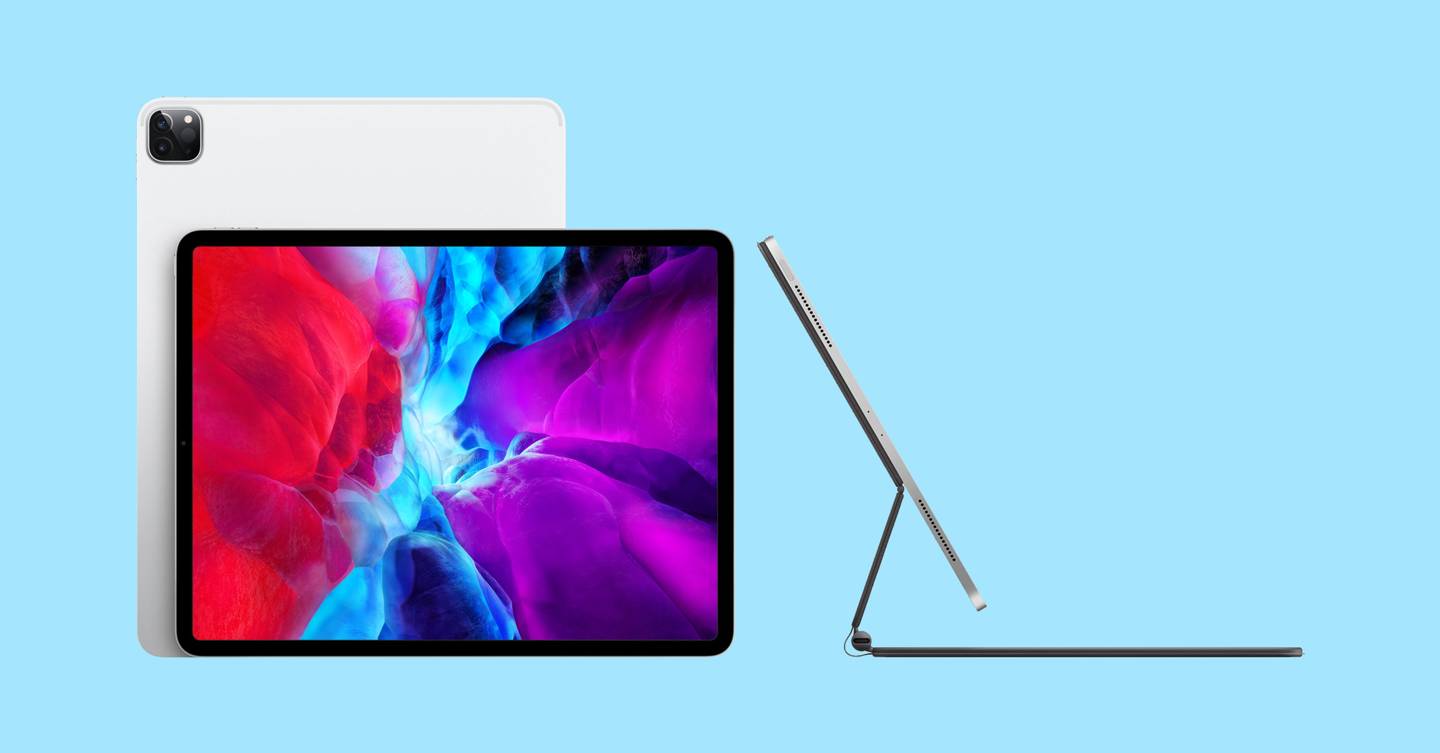 The iPad Pro has been a strange beast for Apple: undoubtedly powerful yet more expensive in some cases than high-end laptops but with a form factor that precluded some of the best elements of mobile computing, mainly the obvious convenience of a trackpad and cursor.

Now these features have finally been added with the new iPad Pro thanks to an all-new Magic Keyboard. As well as supposedly offering “the best typing experience ever on iPad” (the old version was already good), a gesture-supporting trackpad that works with iPadOS, a USB‑C port that allows pass‑through charging on the Pro, as well as the obligatory front and back protection.

The design seems particularly impressive, and features a floating cantilever design, which means you attach an iPad Pro magnetically and then tilt it to a viewing angle anywhere between zero and 130 degrees, much like you would the screen of your laptop. The full-size keyboard now has with backlit keys with individual hard keycaps and a scissor mechanism with 1mm travel.

There is a USB-C port in the “hinge” of the Magic Keyboard case, which allows you to charge the iPad Pro via pass‑through charging while leaving the tablet’s own USB-C slot free for use with other accessories.

Apple is hoping that trackpad and mouse compatibility – yes, you will be able to link third-party trackpads and mice – will entice those professionals who could not leave the familiarity of the laptop UI over to trying the new iPad Pro, but this functionality will also be a boon for existing iPad users as there will no doubt be a flood of third-party trackpads and iPad-specific mice coming to accessory stores before the month is out.

With trackpad support – coming with the iPadOS 13.4 update released on March 24 – Apple says it has attempted to “reimagine the cursor experience”, a result of which sees the on-screen cursor perform in a contextual manner. This means it will change shape into the tool you need depending on the content you’re pointing to, like buttons, app icons and text or spreadsheet cells. However, although you can order the new iPad Pro now, with deliveries starting next week, the Magic Keyboard – costing from £299 – will not be available until May.

Other new features Apple hopes will expand the appeal of the Pro are a new every more powerful A12Z Bionic chip, and added ultra-wide camera lens as seen on the latest iPhone (though 10MP here as opposed to the iPhone’s 12MP), five “studio-quality” mics and a LiDAR scanner designed specifically for mobile that supposedly delivers much improved depth-sensing capabilities.

The LiDAR scanner, operating at the photon level, measures the distance to surrounding objects up to five meters away, and works both indoors and outdoors. Apple is doubling down on AR here and hopes this new tech usually associated with autonomous cars will cement its place in the augmented reality world as the system is much more accurate than that on the existing iPad Pro.

This is illustrated by whereas before you had to help the tablet find the level ground before it would start to built the AR world on top of the camera view, now that happens instantly. The new LiDAR scanner setup also allows the iPad Pro to identify elements of rooms, such as walls, furniture, floors and curtains. We can imagine third-party apps from the likes of IKEA as well as game developers will have fun with such abilities even though this particular field is still very much in its infancy.

iPadOS 13.4 with that trackpad support will be available on March 24 for all iPad Pros, iPad Air 2 and later, iPad 5th generation and later and iPad mini 4 and later. Trackpad support will work with Apple’s Magic Mouse 2, Magic Trackpad 2 and the Magic Keyboard for iPad Pro as well as third-party mice connected over Bluetooth or USB.

The redesigned Magic scissor-switch Keyboard also makes an appearance on the new 13-inch MacBook Air, making it the second in the MacBook line-up – behind the 16-inch Pro – to move away from the butterfly keyboard. It’s backlit and there’s 1mm of key travel.

The new Air has been given a reduction in price to £999 for the Core i3 model and £1,299 for the Core i5 upgrade meaning that after it went up last year, the base price is now back below £1,000. This time you get 256GB of storage capacity too. (If you have the cash you can go up to a 2TB SSD on this thing).

The keyboard and the new price are the two headlines here but other spec bumps include support for monitors up to 6K, two Thunderbolt 3 ports and a new three-mic array to improve quality for voice pickup for video calls. The screen meanwhile is Apple’s excellent 13.3-inch 2560 x 1600 Retina Display while the battery life is “all day” so we’re not getting huge improvements there.

As you’d expect there’s a performance boost, of up to 2x, from the 10th-gen Intel processors inside and Apple is also claiming you’ll get 80 per cent faster graphics performance with the Intel Iris Plus Graphics. How much this new Air cannibalises sales from the 13in MacBook Pro remains to be seen.

The MacBook Air (2020) is up for pre-order online now and in stores – whichever of those are open, following Apple’s announcement that it is shutting all Apple Stores outside China due to coronavirus.

Rounding out Apple’s March launches is an updated Mac Mini. There’s eighth-gen Core i5 and i7 processors for ‘fives times faster performance’, Intel UHD Graphics 630 and Thunderbolt 3, HDMI 2.0 and Ethernet. Plus Apple has reworked the cooling system and each model now has double the storage. So for £799 you now get 256GB and for £1099, it’s 512GB. Finally, the threat of the cloud seems to have made Cupertino less stingy in this department.

😓 How did coronavirus start and what happens next?